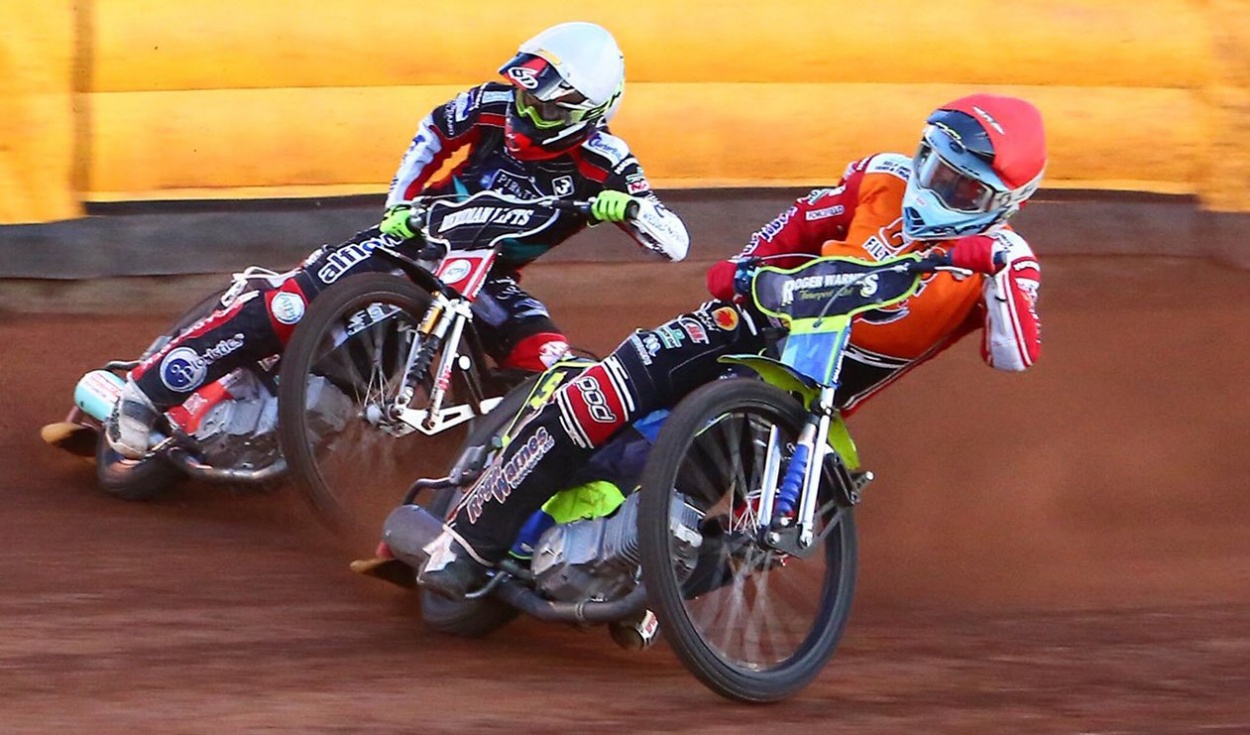 Ford sets points target after tough night at the Abbey

Danny Ford has tasked his play-off-chasing Pirates with bagging at least four points from their next two away clashes after a disappointing defeat at Swindon last night.

The Pirates went down 53-37 on the new Abbey Stadium shale and are now level on points with Ipswich at the top of the SGB Premiership after the Witches dispatched Peterborough 54-36 at Foxhall.

And with the Robins making up ground thanks to a point in defeat at Wimborne Road on Monday and three last night, the race for the top four is now really hotting up.

Ford said: “Four points should be enough to ensure we finish in the top four and if we can do that from our next two away meetings, that will really give us confidence going into the play-offs.

“But we want to finish top – that’s been the aim from day one and it hasn’t changed.

“It was a tricky night last night at Swindon and one or two of the boys weren’t firing.

“Jack Holder had a tough night and if he had scored what we know he is capable of, we would have been much more in the mix.

“But we’ll move on quickly and get ourselves ready for the trip to Wolverhampton on Bank Holiday Monday.

The Pirates travel to Ipswich three days after their visit to Monmore Green having won at both venues this season.

Ford added: “We can take confidence from that, for sure, although I think it’s fair to say Wolves have made a significant improvement in form since our last visit there in June.

“We’ve certainly got the meetings left to comfortably make it into the play-offs, but as always, if you don’t get the points, you don’t get anything.

“So, we’ll make sure the boys are fully focused on the job in hand.”

Brady Kurtz top-scored for the Pirates in Wiltshire with 12, while in-form skipper Josh Grajczonek secured paid 11 from six rides. Holder, though, could only manage two points from four rides on a difficult night for the Australian.

Reserves Ricky Wells and Nico Covatti managed 10 points between them, but with the Robins’ Jason Doyle (11), Troy Batchelor (9) and Rasmus Jensen (13+1) leading the way, their dominance over home reserves Claus Vissing (1) and Ellis Perks (4+1) was in vain.

Read the full report from the Abbey Stadium here.