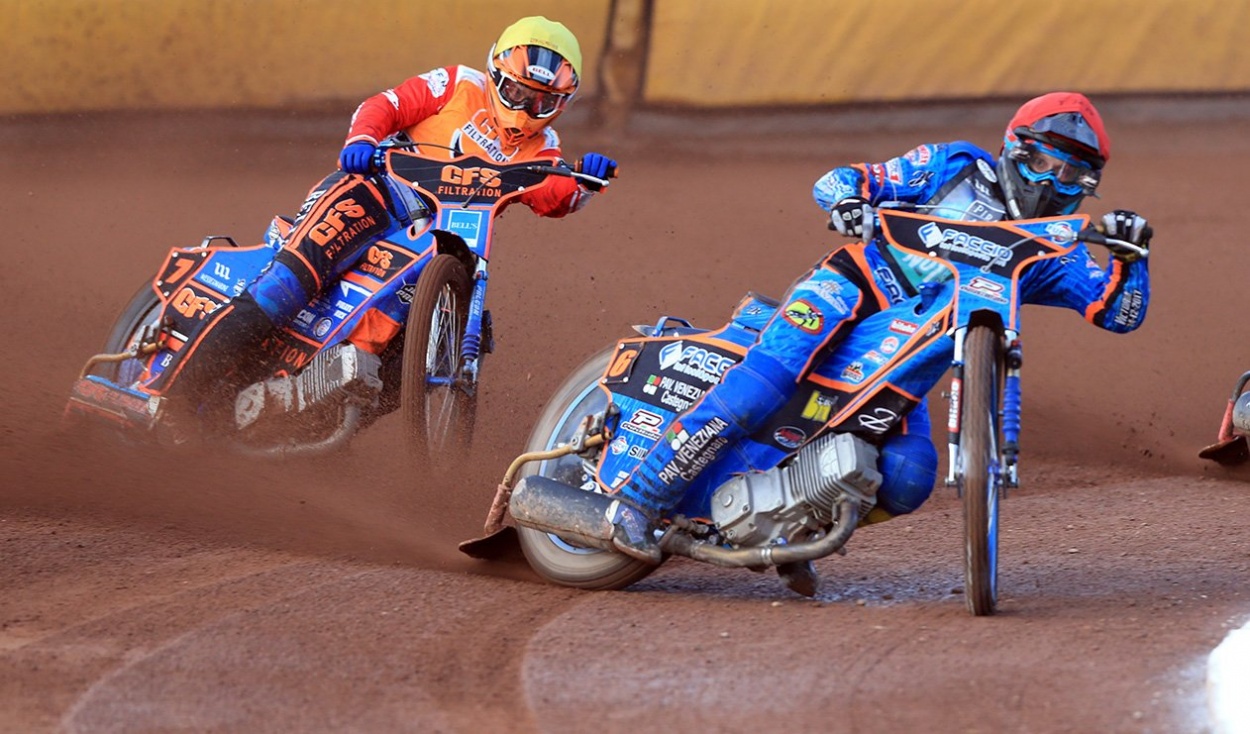 Danny Ford hailed his six remaining Pirates stars for covering for injured team-mate Richie Worrall – but has not ruled out replacing the Brit as the play-offs approach at pace.

Ford watched his class of 2019 secure a ninth victory from their past 10 meetings at home to Swindon on Monday – and a sixth from seven since Worrall’s season was ended following a crash at home to Belle Vue on June 27.

The Pirates have successfully operated rider replacement for Worrall since then and Ford was quick to praise the likes of Josh Grajczonek, Nico Covatti and Ricky Wells for stepping up in place of the St Helen’s man.

Ford, who saw Grajczonek, Wells and Covatti score six points from Worrall’s rides against the Robins on Monday, said: “Using rider replacement always puts a little more pressure on the other riders, but we felt that was the best course of action – and I think that decision has been justified with the way those boys have stepped up.

“I have real confidence that the boys can continue to perform in place of Richie, but we do still have the option of a more permanent replacement and I wouldn’t rule that out with potential play-off meetings coming up.”

The Pirates travel to Swindon’s Abbey Stadium tomorrow night (7.30pm) in the first of three successive away fixtures that could see them secure their place in the top four.

Swindon welcome back Claus Vissing following suspension and are at full strength for the clash in Wiltshire.

Ford added: “Our meetings with Swindon this season have all been real battles and I don’t expect anything different at the Abbey tomorrow night.

“Their top two in Jason Doyle and Troy Batchelor are in amazing form so we’ll need to keep them quiet if we want to bring any points back to Dorset, which is our aim from every away meeting we race.”