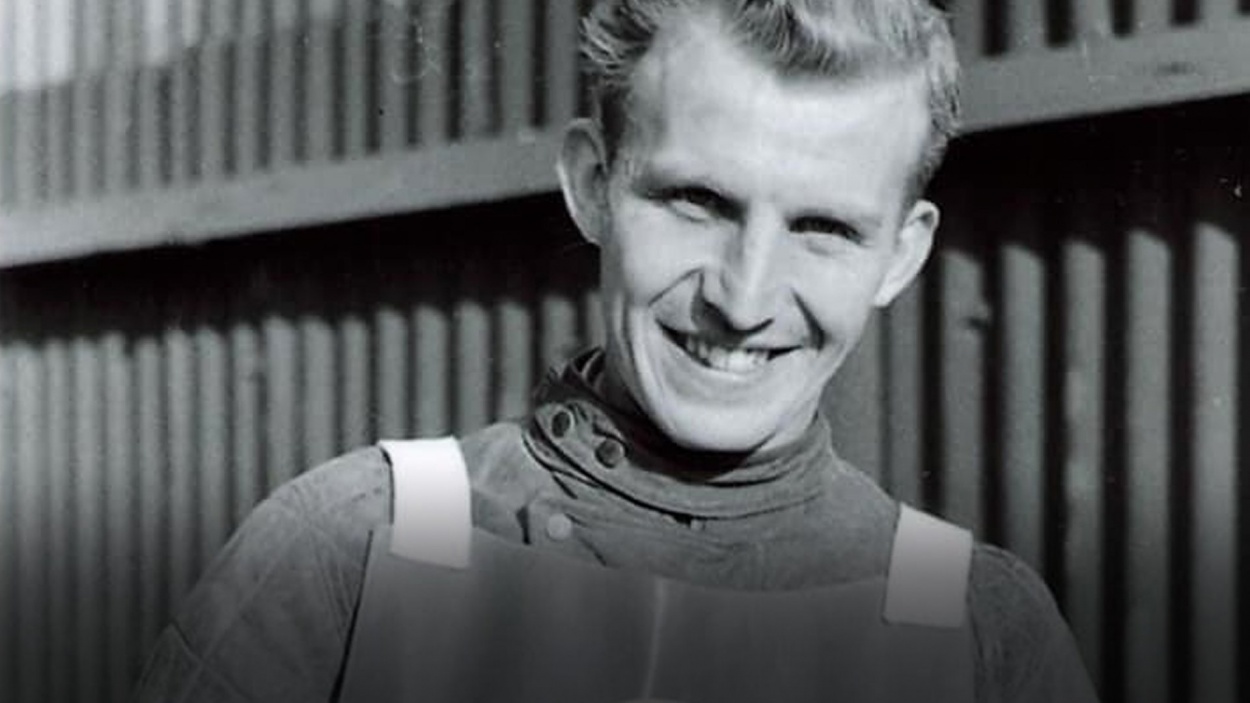 Club owner Matt Ford  said "It is with heartfelt sorrow to learn of the death of Ken and my thoughts go out to Neil and Suzi at this very difficult time. Ken was a legend of the club and the warmth of the applause he received when he was introduced to our Platinum Season pre-season gathering at Wimborne Road spoke volumes for the respect that Ken had with the Poole faithful. He was a fabulous guy and a great ambassador for Poole Speedway throughout his racing days and beyond, and his death signals yet another piece of club history gone but never to be forgotten."

Ken, 95,  sadly passed away peacefully on Friday was himself a former rider for the club throughout the fifties and early sixties, making his debut in April 1950 with an appearance against St.Austell in the National League Division Three, having joined from Sussex side Hastings. He became an instant hit with the Poole faithful and was more than instrumental in the club climbing the league table to claim runners-up spot that year. Ken also finished third in the Riders' Championship that year.

Throughout his lengthy Poole career he was famed as one half of the "Me and My Shadow" pairing with Tony Lewis, a combination that could produce the very best of team-riding as they demonstrated a near telepathic understanding when out on track together making them an invincible partnership.

He assumed the captaincy of the Pirates at the beginning of the 1951 campaign, a position he retained for the next five years . He was also appointed captain of the England 'C' team for a three match Test series against New Zealand  and then led the Lions into action against Sweden and the USA. But the highlight of that debut Pirate captaincy season was the lifting of the club's first league championship adding further to his spoils with victory in the Third Division Riders Championship.

Ken celebrated another league title with Poole in 1952 - the National League Division 2 -  despite missing the start of the season due to a leg injury. Such was Poole's dominance that year - finishing 8 points clear of closest rival Coventry - it was something of a surprise when the club was overlooked for promotion to Division One, but Ken stood firm with Poole and steered them to runners-up spot as Coventry turned the tables this time around, albeit by just one point.

Poole denied Ken a transfer request, a popular call amongst the Poole faithful and in 1954 he was virtually unbeatable around Wimborne Road. It was another runners-up season, as Bristol won the title but the Pirates were back on top in Ken's sixth season (1955) and they progressed thereafter into the top flight in 1956. Ken returned a highly credible 7.2 average in that inaugural year in Division One for Poole, but with the Pirates not operating in 1957, a consequence of the petrol rationing crisis, Ken switched to Swindon before returning the following year (1958) a season at the end of which he announced his retirement.

But he was tempted back at the start of the sixties, spending two more seasons as a regular, winning the Provincial League in 1961. One appearance only followed in 1962, but his ties with the club were never severed and in 1966 he was appointed team manager for the year finishing 6th.

Ken was the inspiration behind Neil's involvement with the sport and the proud father went on to help Neil throughout his Pirates career. Ken was a regular face around Wimborne Road until just recently when poor health kept him away and the club will long mourn the loss of one their early heroes.