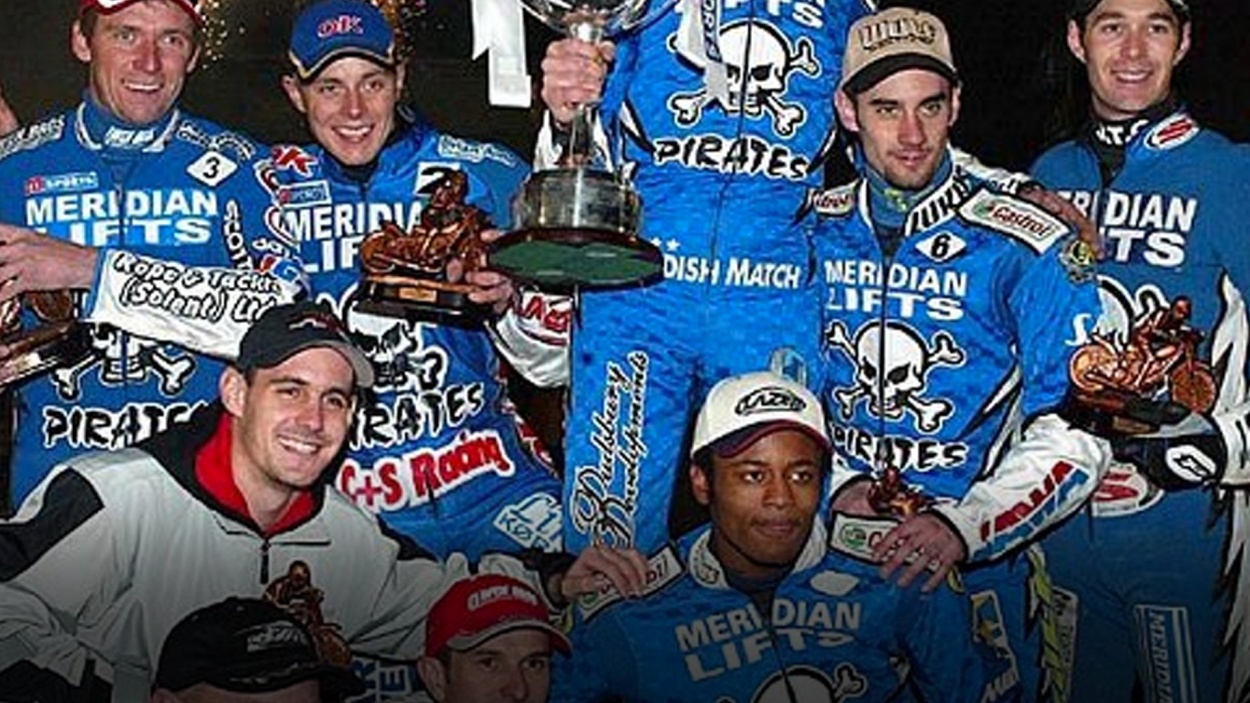 They clocked up five national titles between them, have made a combined total of 53 GP appearances, twice won the Czech Pairs Championship together and both made their Poole debuts in 2003, but never once rode in the same title-winning Poole team together.

They are the Dryml brothers - Lukas and Ales.

Younger brother Lukas was the first to be given a skull and crossbones race suit, making his first appearance as a Pirate on 19th March in a challenge match against Peterborough and earning his official league debut a week later when Coventry were the visitors. Against the Bees, Lukas scored six points, the third best contribution as the Pirates went down 43-47. A string of higher scores were to follow, including a near-maximum when Belle Vue visited Wimborne Road on April 16th. On one side of the pits was Lukas, the other, his sibling Ales.

Lukas dropped just one point in that meeting  and that was as late as heat 15 which was won by Jason Crump. His first victory of four on the evening came in heat three which featured Ales for the Aces, the only time the pair met on the night, and Ales failed to trouble the scorers. That proved to be his worse heat score of the meeting however, as he went on to finish with paid 7 return from his four rides.

The pair met again at the beginning of June in Manchester, Lukas again winning the bragging rights with a modest 5 from 4, claiming second place in heat 12 with Ales in last place, the elder returning just paid 2 that night.
Nine days later the tables turned with Ales registering paid 12 from 6 against Lukas' paid 10, personal honours being shared as Lukas was second in heat 12 to Ales' third whilst Ales was third in heat 15 when Lukas ran a fourth.

Lukas continued to deliver for the Pirates with a prevalence of double figure and so it was a big loss for the Pirates when he sustained facial injuries whilst competing in the Slovenian Grand Prix, especially as it coincided with the loss of Bjarne Pedersen also through injury.

Both Bjarne and Lukas made their returns on the same evening, the occasion when a hitherto unknown Antonio Lindback blasted himself into club history with a paid 21 point maximum in his debut, a British league cup fixture against Exeter on 30th July. That proved to be Lukas' final appearance for Poole as a fortnight later he crashed in the Grand Prix challenge, staged at Poole and sustained a break to his talus bone, the joint that connects the ankle to the leg. It was a meeting in which brother Ales shone brightly enough to score double figures and secure one of the six qualifying spots for the 2004 Grand Prix series.

Within six weeks, and with Poole battling against injuries and confidence drops, Ales who had earlier been released by Belle Vue was signed, ostensibly as a replacement for David Ruud who was retained for the British League cup meetings only.
Ales made his Pirates debut in a knockout against his maiden club Oxford. In fact, of his seven Poole matches that year three were against Oxford and four against Coventry and he won both league and cup medals as a Poole rider.

Both brothers went to Peterborough in 2004 but Ales, who had sustained a life-threatening crash in 2006, did have a second, albeit short stint, back in Poole colours in 2009, joining for a five match stint between April and May in what proved to be a troubled season for the Pirates.