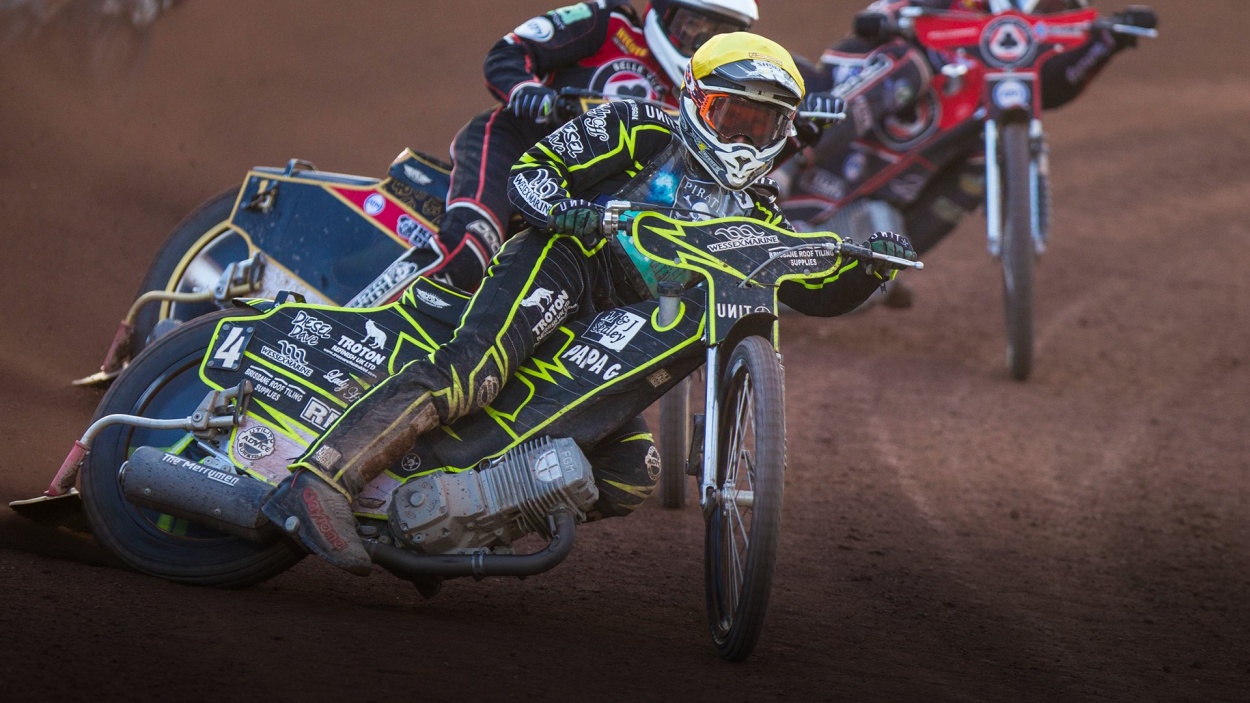 2020 Queensland State Champion Josh Grajczonek has never been one to seek out the headlines but he gloriously celebrated two Grand Final nights during his five-season spell as a Poole Pirate.

Josh had made three appearances for Poole scoring a total of 21 paid 23 from 16 rides before making his official debut on Monday July 8th 2013. The Queenslander won't look back too fondly on that night in the Black Country, for he drove away from the Monmore Green circuit having failed to 'trouble the scorers' in each of his four rides.

Mentally, he put that result behind him and across a further sixty-six more rides that season he only recorded another 21 no-scores as he went on to be paid for more than 100 points, reserving his best Poole performance for the Grand Final second leg at Birmingham, the night the Pirates lifted the title with a 47-43 score over the Brummies, Josh contributing thirteen (plus a bonus) of those points.

Given that he had also scored a healthy paid 12 from the first leg then Josh was the Pirates second highest scorer across that 2013 final; second only to the precocious talent of his fellow Aussie, Darcy Ward.

It was also a return ticket for the 2014 season solid consistency throughout the campaign (including two further visits to Wolverhampton that netted four victories from his eight rides, a far cry from that debut evening). On August 20th he banked his first maximum for Poole, a paid one against Leicester,  and he was well set to play another pivotal role for the Pirates in the play-offs.

Until, a crash in the Premier League Riders Championships late September left him with a broken collarbone and an early curtailment to his season.

(These statistics cover ALL team matches in which Josh rode for Poole, including the fixtures against Birmingham that were subsequently expunged from the records)

Although his name was absent from the first team declaration of 2015, Matt Ford turned to him by the end of the first racing month of the season as temporary cover for the injured Dave Watt. It proved to be just a brief four match spell in April officially, although travelling Poole fans saw him for fifth successive meeting as he was booked as a guest for injured Maciej Janowski at the beginning of May, at, of all places, Wolverhampton, scoring five points.

Later that season, at the business end, Josh was back in town, but confined to the away side of the pits as he played a role for Belle Vue, the club he had joined in May, in the Play Off Final. A six point score for the Aces in Manchester as the first leg was drawn 46-46, preceded a five point score in the dramatic Wimborne Road final, Poole prevailing 90-88 on aggregate.

It would be three years later before Josh was back in a Poole strip but he was an ever-present throughout that 2018 campaign, another title winning season for the Pirates. During the season he claimed his second Poole 'full house' with a paid 12 return on September 5th at Wimborne Road against Wolverhampton.

In Poole's last season of top level speedway, Josh was again on the Pirates' team declaration making 29 appearances in total. He completed his current spell as a Pirate by keeping a zero off his card in his final 24 rides and across the campaign went unbeaten by an opponent in 70 of his 156 rides.