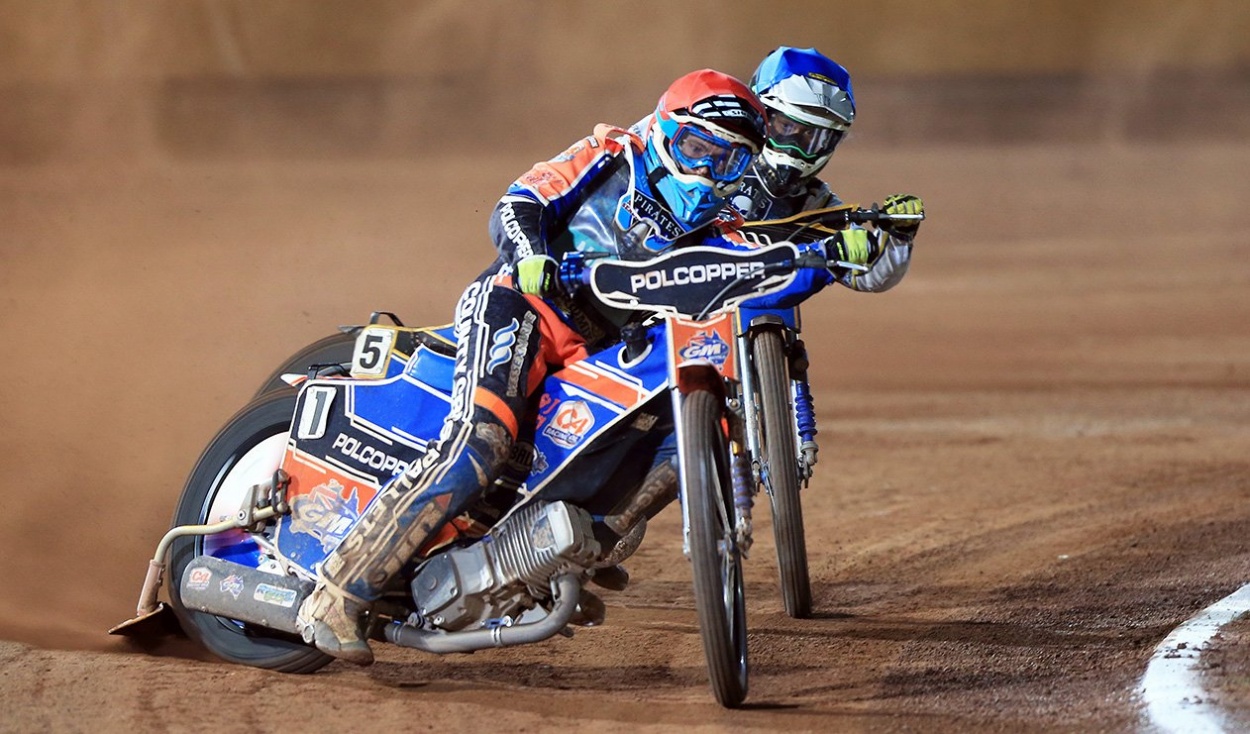 Danny Ford has urged his Pirates side to make one more huge push towards the SGB Premiership summit.

The Pirates’ fate is in their own hands after last night’s 51-39 home win over Ipswich left them two points adrift of leaders Swindon, who won by the same scoreline at King’s Lynn to bank all four points.

Crucially, though, Ford’s men have a meeting in hand – ironically a trip to the Adrian Flux Arena in Norfolk – after the scheduled visit to King’s Lynn was postponed on September 9 due to wet weather.

That clash will take place on Thursday and should the Pirates win, they will claim top spot and pick of semi-final opponents when the play-offs get under way on Monday.

Ford said: “It’s been a long season and the boys have put in so much effort already, but we need one final push now to get that win that will see us finish top.

“I thought we were excellent from one to seven against Ipswich and that kind of performance will be what’s needed in the play-offs – whoever we race against in the semi-finals.”

Captain Josh Grajczonek continued what has been a fine season for the Australian man, banking paid 13 from five rides as the Pirates kept the Witches at bay.

Nicolai Klindt, meanwhile, secured heat wins in races three and five but fell awkwardly in heat 12 and was excluded.

In truth, however, it could have been so much worse for the Dane had following Witches man Chris Harris not been able to steer his bike out of the Poole man’s way.

Ford said: “There aren’t many people in speedway who can manoeuvre a bike as well as Chris Harris and thank God he did or Nicolai could have been seriously injured.

“I wasn’t sure Chris could be more popular with the Poole fans, but I reckon he is now!”