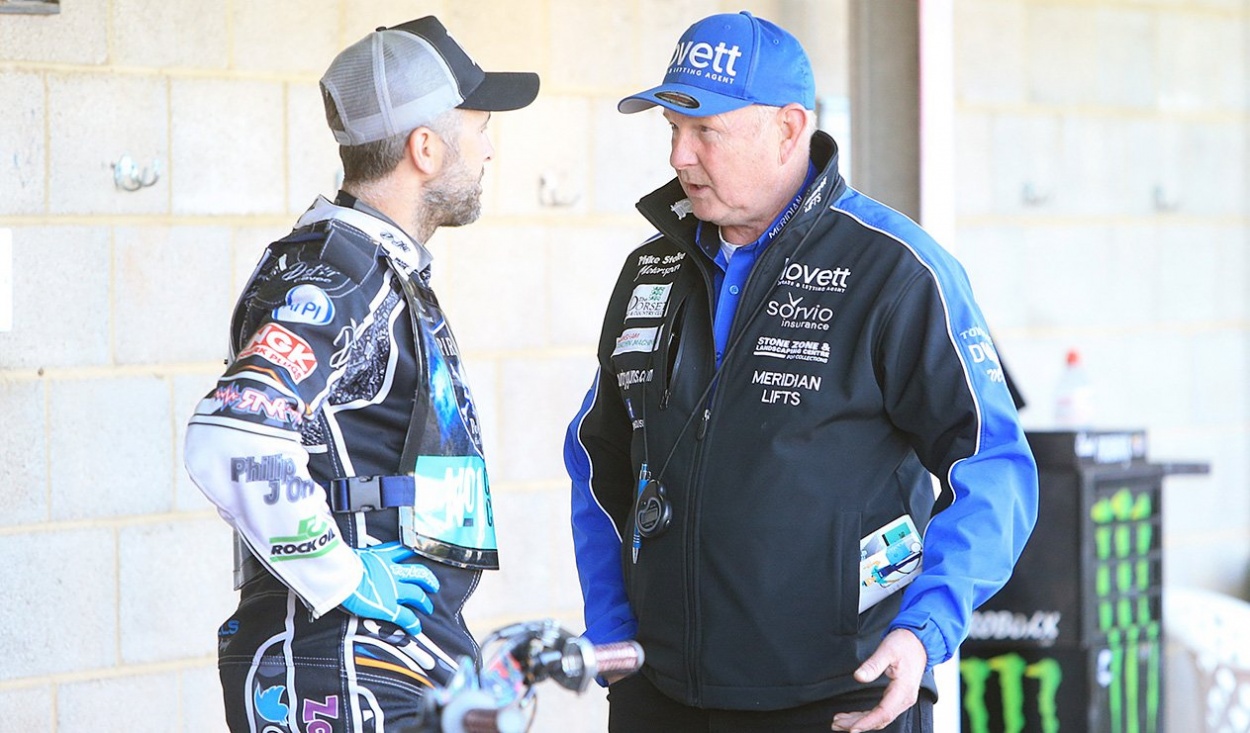 Scott Nicholls will pull on a No1 Carpet Cleaning Poole Pirates race jacket for the second time this month at Ipswich on Thursday.

The British legend stepped in to replace injured Brady Kurtz as the Pirates edged past the Witches 46-44 at Wimborne Road last week, bagging an 11-point score and joining Josh Grajczonek for a heat 15 5-1 that secured the win.

And as the two sides prepare to face off for a second time in the Supporters’ Cup southern group at Foxhall on Thursday (7.30pm), co-promoter Danny Ford confirmed Nicholls had once again answered his SOS call.

Nicholls will again step in for Kurtz, who has recovered from injury but has a Swedish league fixture for Vetlanda on Thursday evening.

Nicolai Klindt also misses out on the trip to Suffolk as he will be racing against Kurtz for Lejonen.

Tobiasz Musielak steps in for Klindt, having agreed to fly in from Poland to don the skull and crossbones race jacket in place of the Dane.

Ford said: “Unfortunately, despite Thursdays being our set race night, it was agreed that these Swedish fixtures would take precedence over the UK’s Supporters’ Cup competition.

“But while that ruling leaves us without two of our riders, we are extremely grateful to Scott and Tobiasz for stepping in.

“Scott was superb last week at Wimborne Road and I’m sure he and Tobiasz will do a great job as we look to keep this momentum we’re building going.”

The Pirates head to Suffolk on the back of two wins against Belle Vue and Ipswich and a battling away draw at the National Speedway Stadium in Manchester.

The Witches, meanwhile, secured an impressive 51-39 win at Peterborough last night in the Premiership.