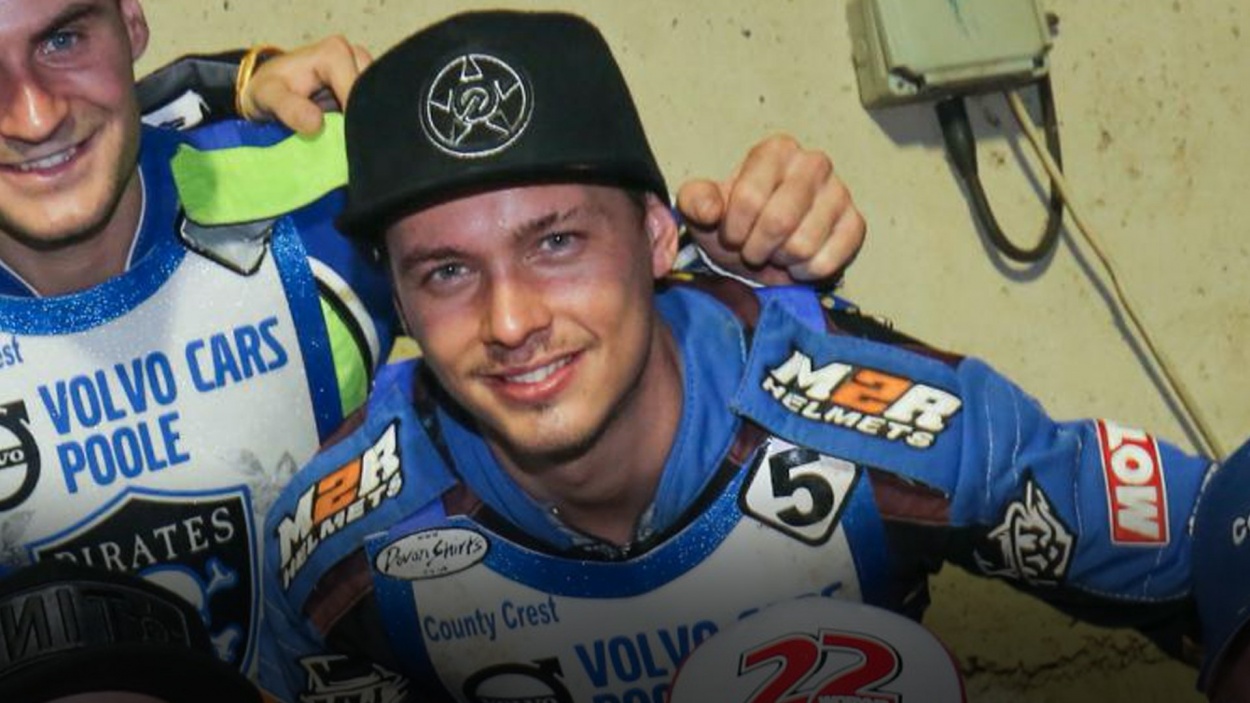 NICK MORRIS first came to ride in the UK in 2010 with Glasgow Tigers and Buxton Hitmen and has ridden every season in Britain since and won league titles at all three levels of British speedway.

His first title win came with Buxton in that maiden season, the following year he claimed a championship success with second tier side Glasgow and in season three he did a double at tier one and tier two being in the Swindon and Scunthorpe teams respectively.

That Swindon title came at the expense of Poole, with Nick scoring first and second leg scores of 6+2 and 5+2 respectively, taking four rides in each.
Another title came his way in 2013 winning the Premier League version with Somerset Rebels. His Elite league club Swindon fell at the semi-final stages of the play-offs, knocked out in a 97-90 winning score for Poole

Into a fifth successive season and  the record continued, this time as a guest for Poole in the second leg of the play-off final against Coventry, staged at Wimborne Road on Monday 20th October 2014. He 'opened the scoring' that night for the Pirates with a second place behind the Bees' Kyle Howarth. Nick finished the meeting with a score of five points from his four rides as Poole established an aggregate 90-71 victory over the Bees.

2015 was the first season Nick had not been involved in any grand final. His Elite league side, Swindon, were beaten in the semi-finals by Belle Vue (who then lost in a dramatic play off final against Poole) whilst his Premier League club Glasgow were eliminated by his former side Somerset.

As an Elite league rider only in 2016, Nick's hopes of making it another title winning season were thwarted when Swindon lost their final league match, at Lakeside, which sent the Hammers into the top four. No guest bookings fell into Morris's lap so it was a second successive barren campaign for the Canberran.

He was back though winning the Elite league title in 2017 as Swindon saw off Wolverhampton by a single race point, a splendid paid 12 from 5 in the second leg saw him again the second highest scoring Robin behind number one Jason Doyle.

In 2018 he once again answered Poole's call to arms. He contributed 5+2 from his four outings against King's Lynn in the first leg in Dorset and then 7 from 4 at the Adrian Flux Arena, collecting a league title winning medal to add to his fine collection and also an invitation to Abu Dhabi to celebrate with the promotion and sponsors.