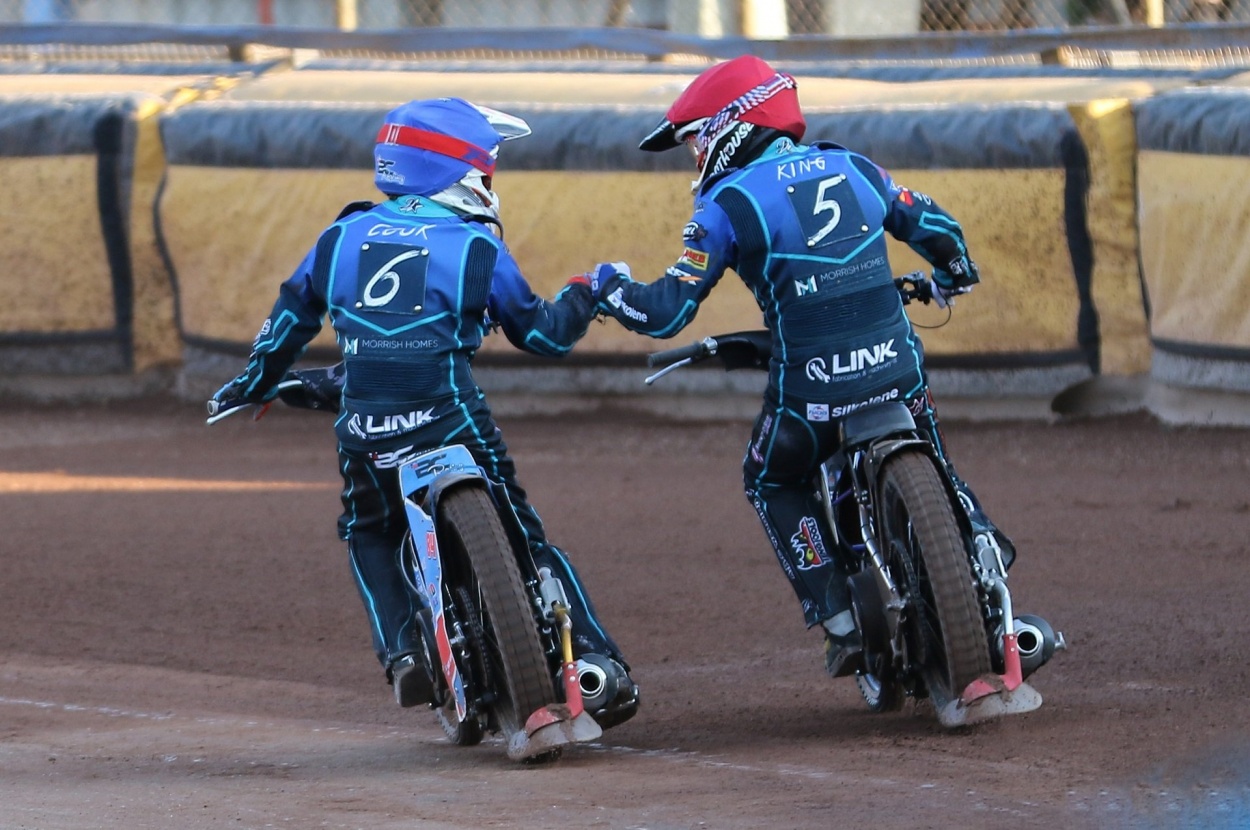 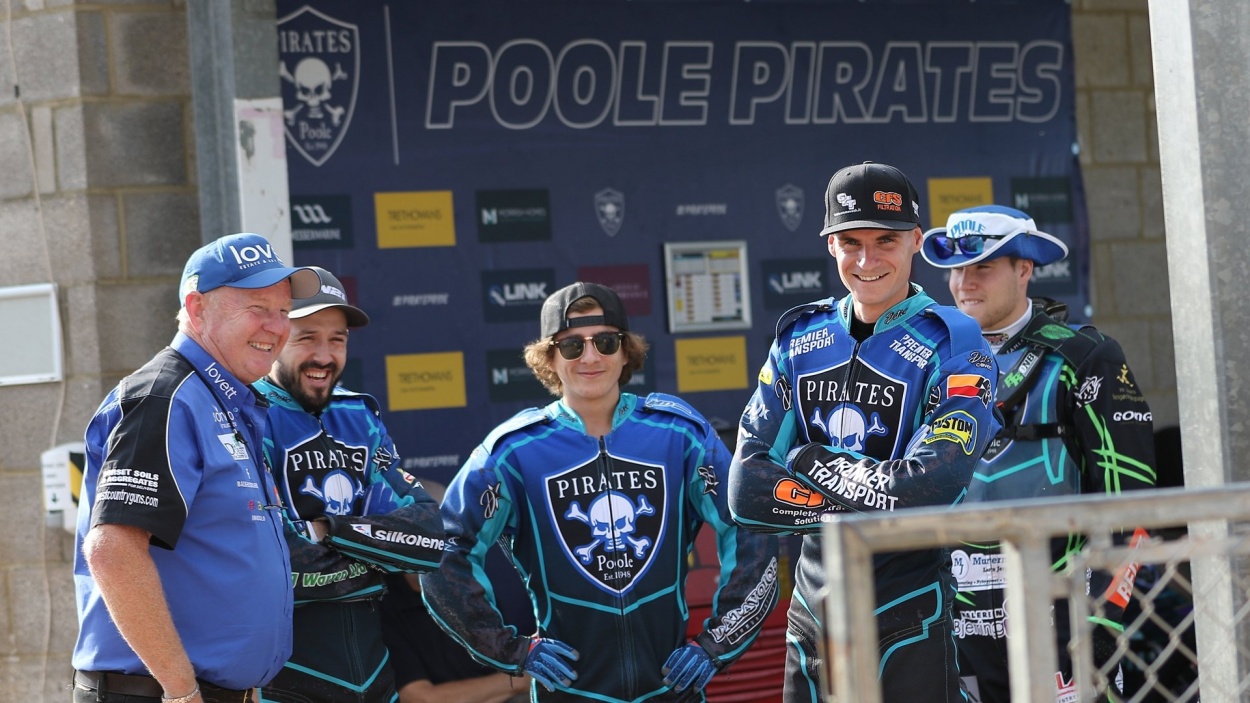 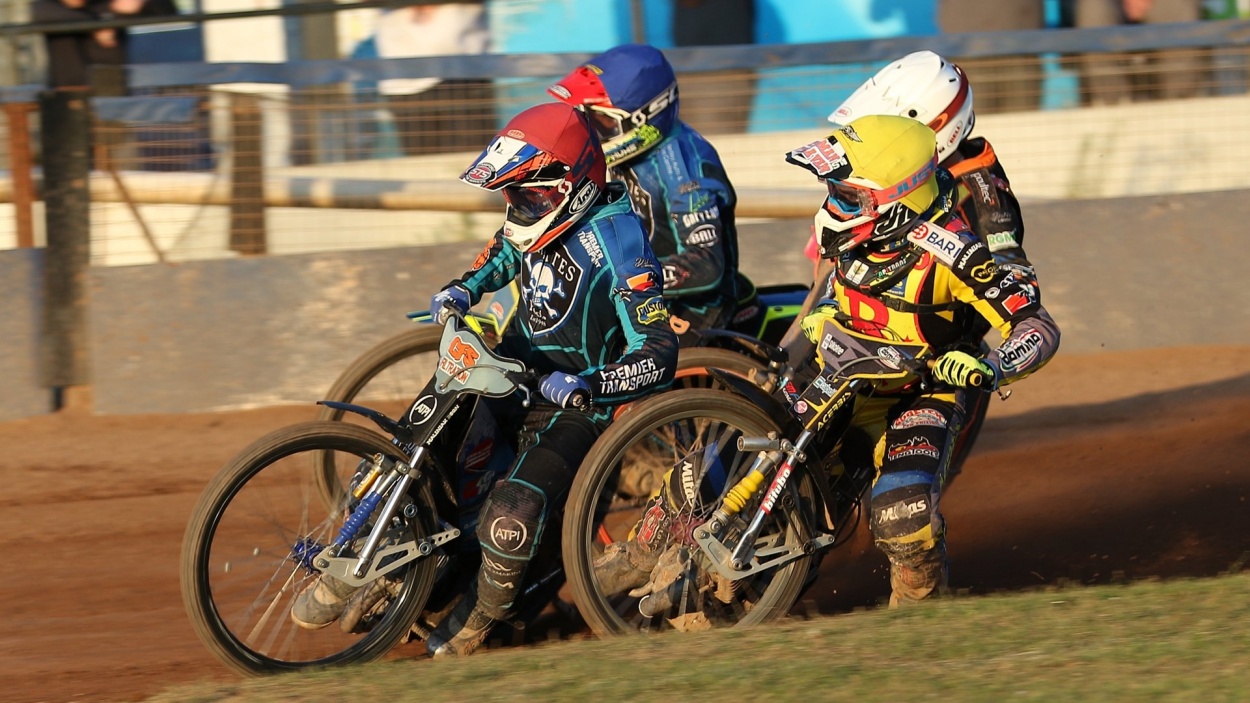 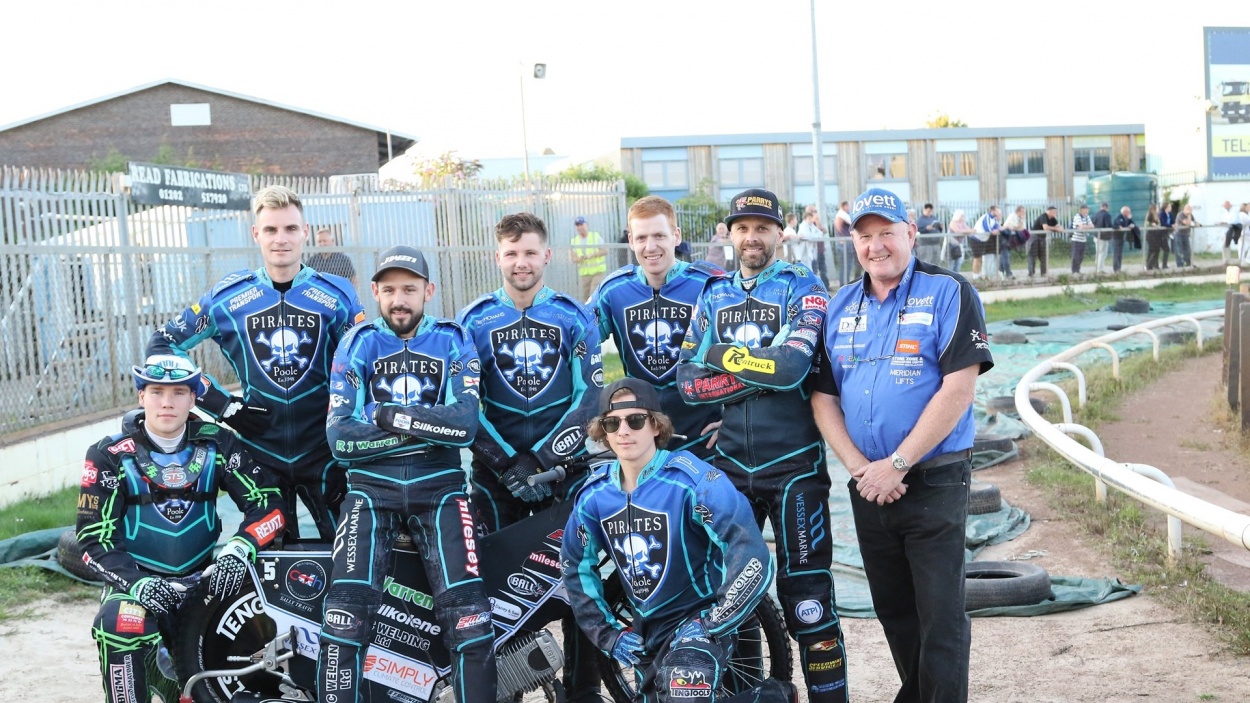 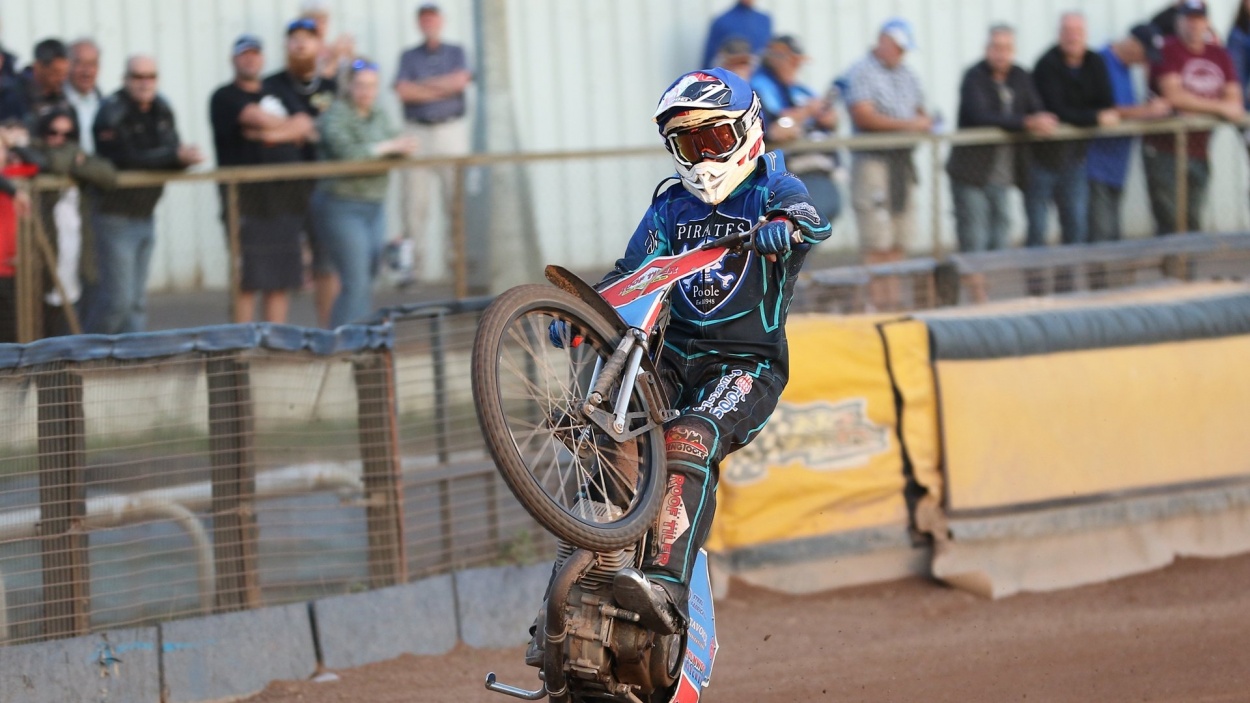 A second successive home maximum from skipper Danny King led an all-round solid Pirates side to a comprehensive 57-33 victory over Birmingham Brummies, denying the play-off seeking second city side the pleasure of a heat advantage.

The meeting began with a shared heat, although the early phases of that heat one had Poole on a 5-1 but it appeared as though Ben Basso was hampered by fuel starvation and he lost out on securing a points scoring finish. A second possible 5-1 went begging when Danyon Hume lost control on lap two allowing the hard-pressing Michele  Castagna to follow home Ben Cook, but Hume claimed third and Poole moved ahead. An awkward over the handlebars fall for James Shanes as the negotiated the southern turn saw an early call to heat three, the Pirates on that much sought 5-1, but the incident prompted a lengthy delay whilst remedial track work was undertaken to try and repair a hole that had appeared and described by promoter Dan Ford as "the size of a kitchen table."
With Poole skipper Danny King overseeing proceedings along with his counterpart Chris Harris, racing was able to resume some 40 minutes later and it was King who, having seen Rory Schlein do a set of practice laps to test out the repairs, wasted no time in putting points on the board, although his oppo, Harris, found himself in some difficulty at the pit turn and that allowed Danyon Hume to hang on to his third place advantage. Erik Riss ended the run of Poole winners, whistling round Steve Worrall as he left turn two but had no support from struggling Valentin Grobauer. A second Birmingham winner followed in heat six as Harris made no mistakes this time once he had fended off some early interest from Basso.

Ashley Morris proved a handful for the Pirates in heat seven initially, but his assault petered out as Danny King and Ben Cook prevailed with a splendid 5-1 to put twelve points between the two sides. A creditable win from reserve Jack Thomas in heat eight ensured the Brummies didn't slip any further behind as he beat a pressing Danyon Hume who had Basso in support.

One lap to warm up; one lap to wind up; one lap to line up and one lap to execute. That was the story of Chris Harris' exploits in heat nine as he split Stefan Nielsen from runaway leader Worrall, Poole banking the 4-2 but Harris delivering the thrills in the way that Harris does. Shanes suffered his second disqualification of the meeting, this time, in heat ten, riding out the fourth turn too wide and collecting the fence which threw him over the area of the start line. Fortunately he was able to walk away but had to watch Ashley Morris as the lone visitor. Morris tried to go a little too soon in the re-start and earned a warning for it. Schlein and Basso just in concert third time of asking, as they had been during attempt one.

That left Birmingham heading into heat 11 needing five maximum heat scores to win the meeting and they attempted the quest by bringing in Harris to partner Riss as a tactical. In the infancy of the heat it looked more like Poole getting the 5-1 as King pulled clear and Cook propelled himself well to go by Riss but the German managed to restore himself to second and Cook drifted to the rear.  But he refused to go down without a fight and kept Harris on full alert, to show the character of this Poole side.

Thomas and Hume traded places in heat twelve for the single point as Worrall headed in Castagna. Heat thirteen was a from the gate result King leading the way with Harris dividing the two Pirates. Another 4-2 followed when Nielsen battled by Morris to convert Cook's win to a heat gain before King completed that second successive maximum even though he had a very wide chasing Riss, who had held out Worrall, behind him.