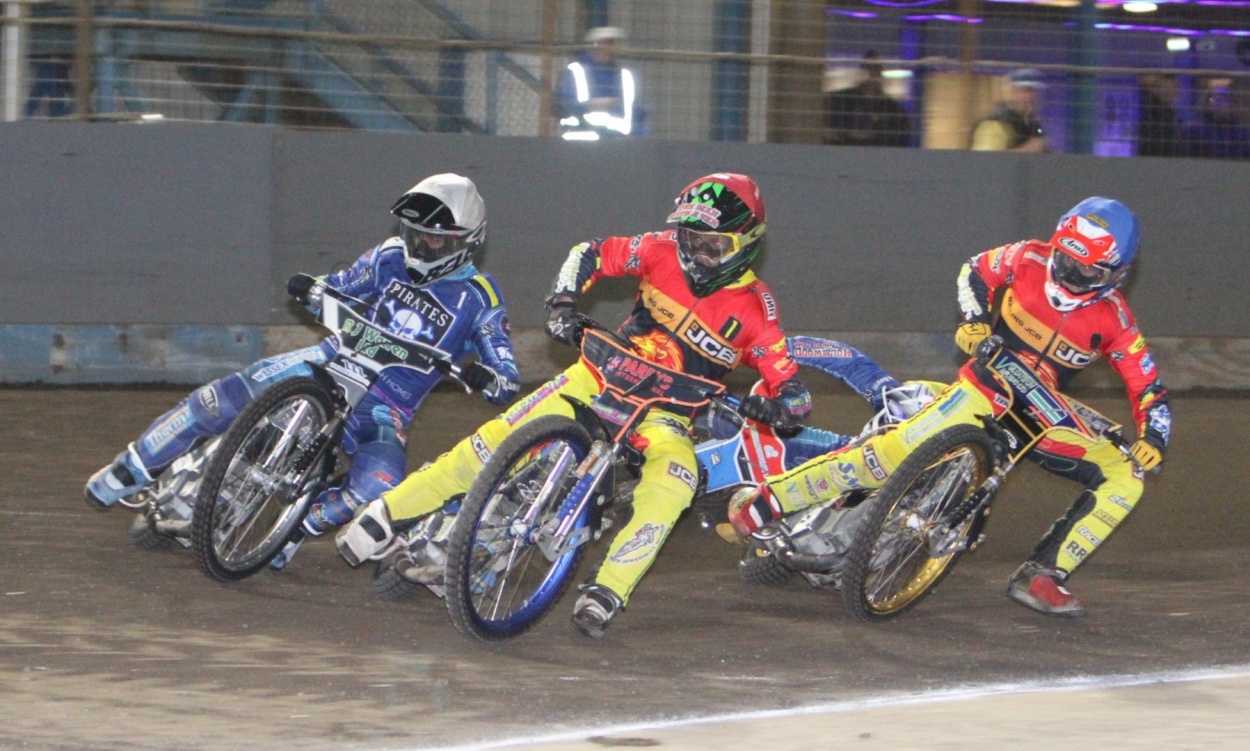 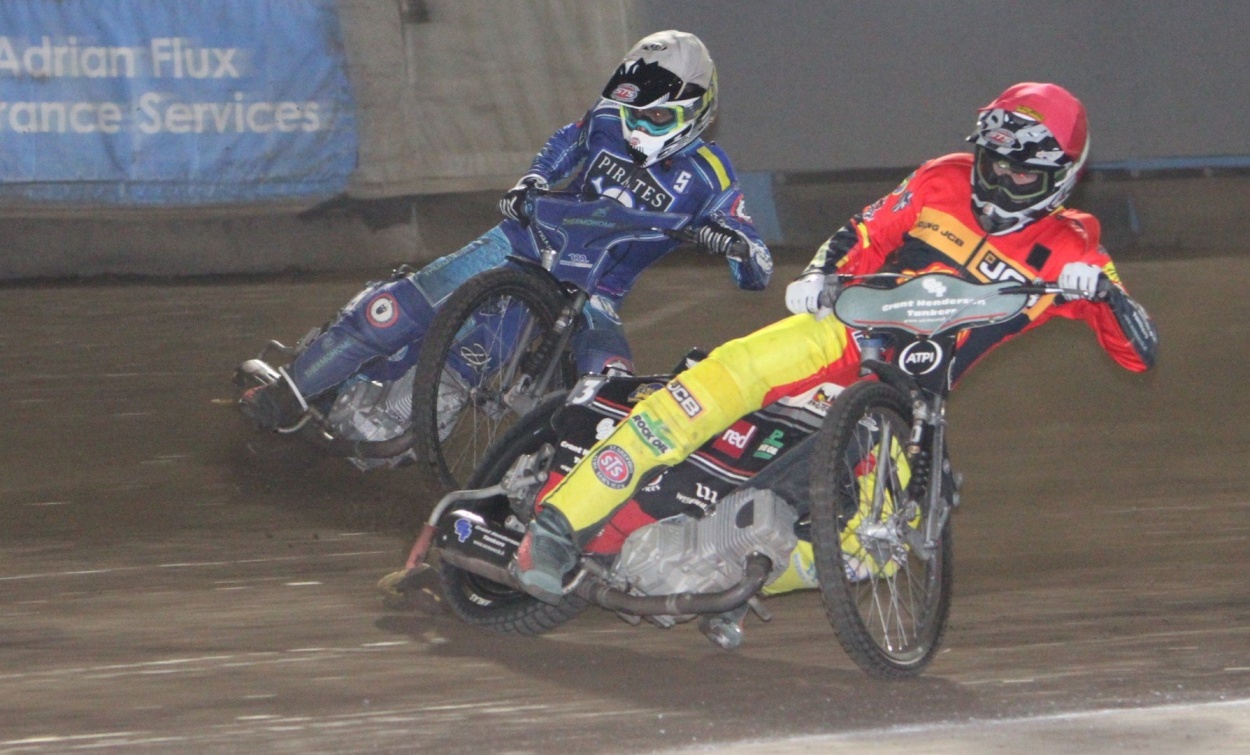 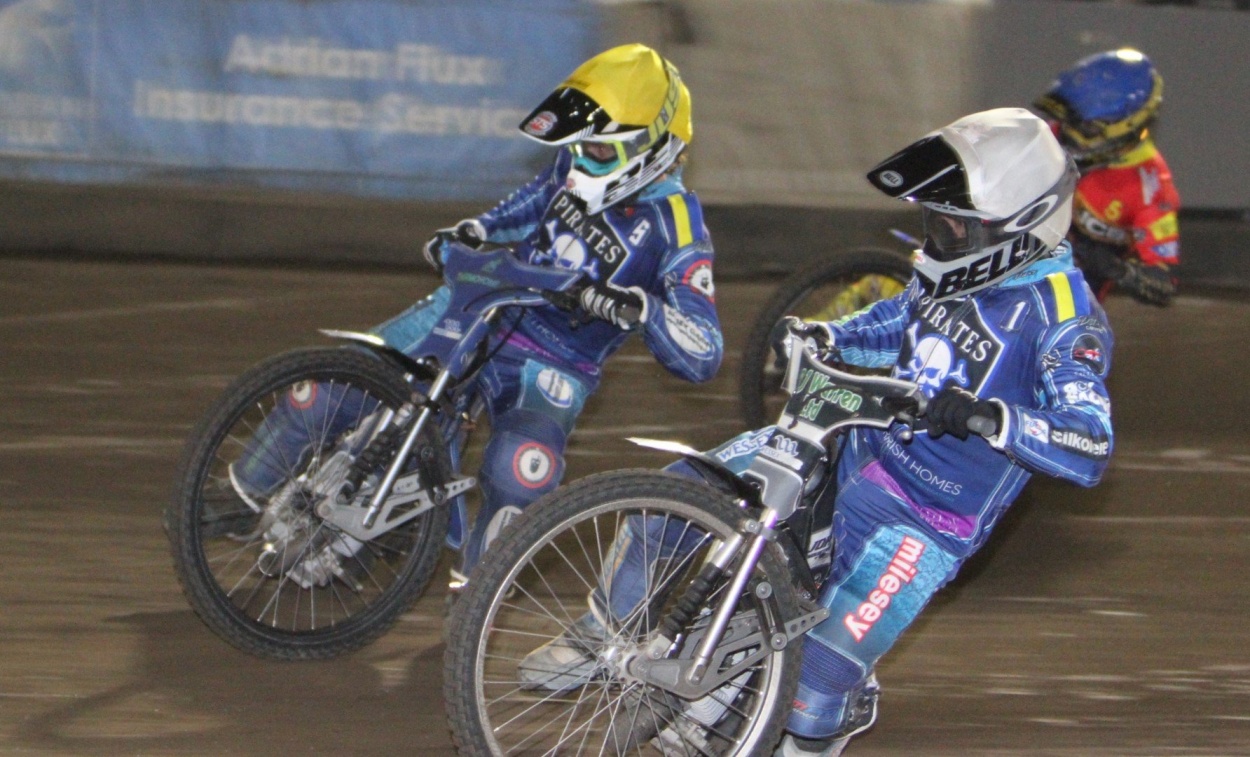 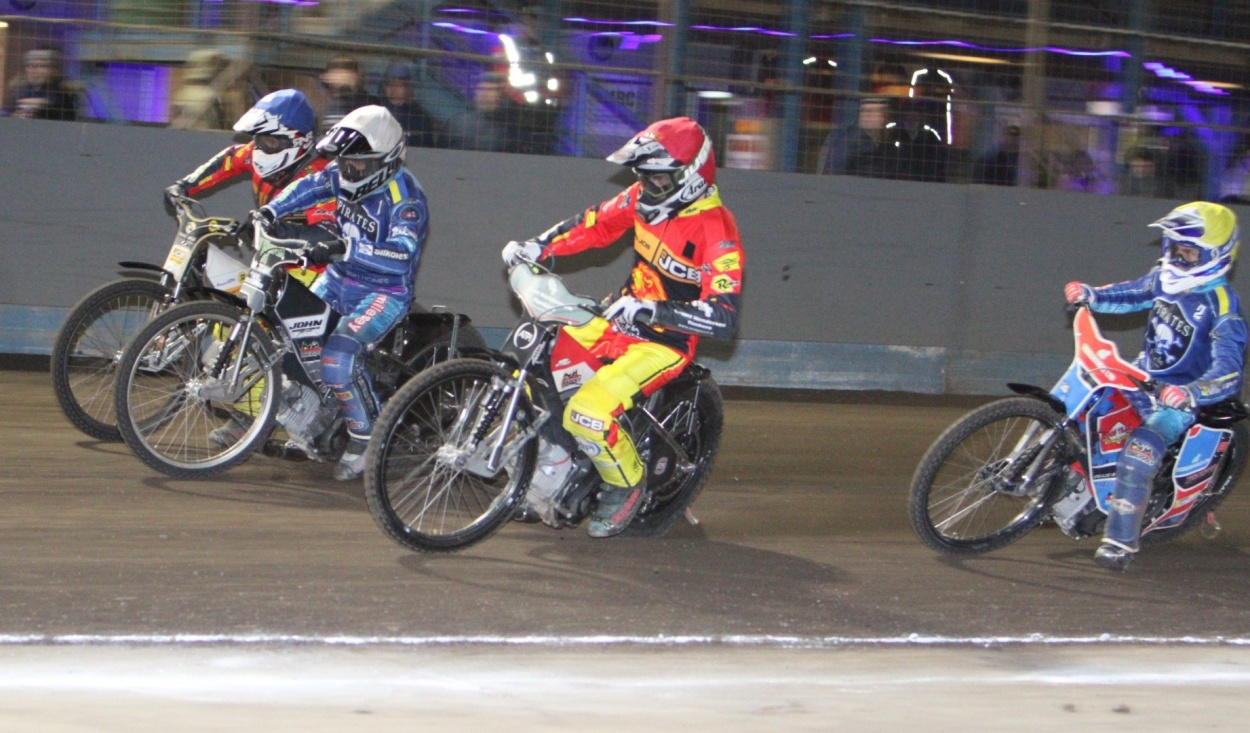 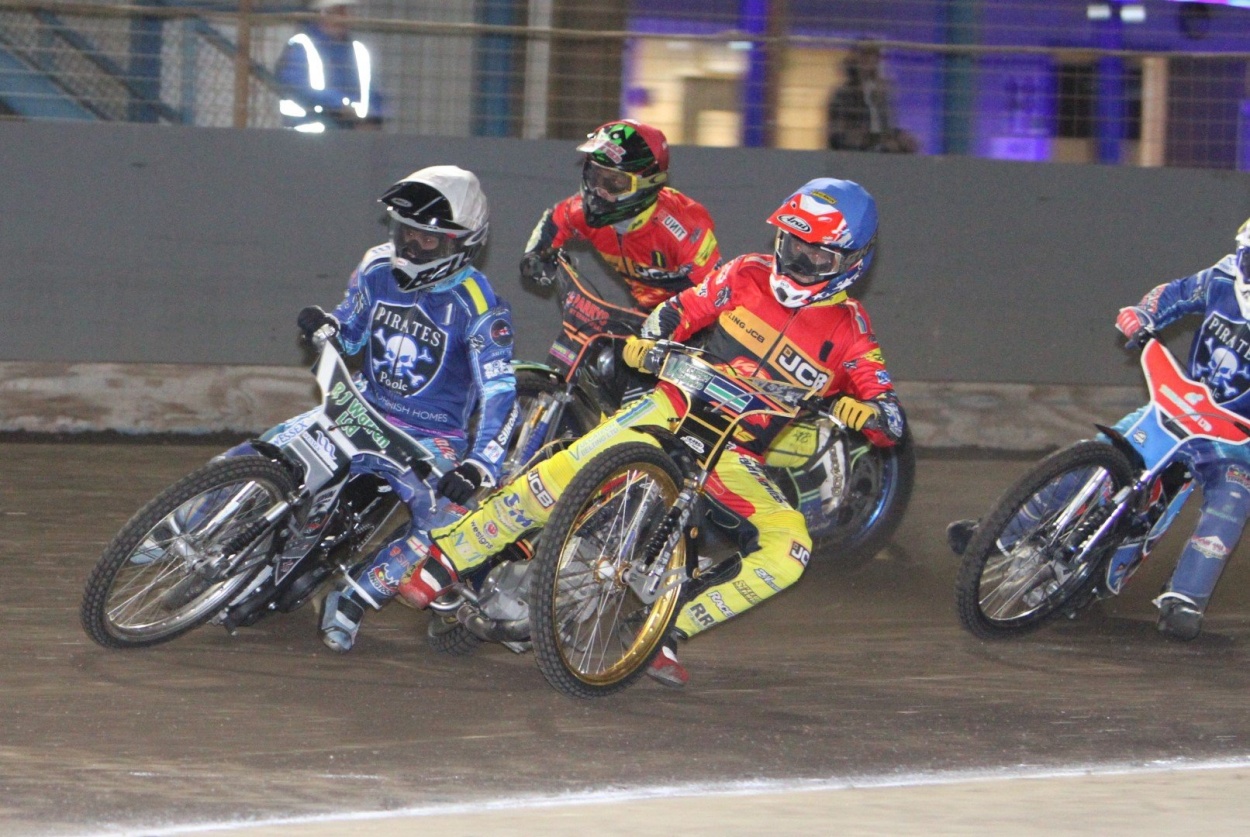 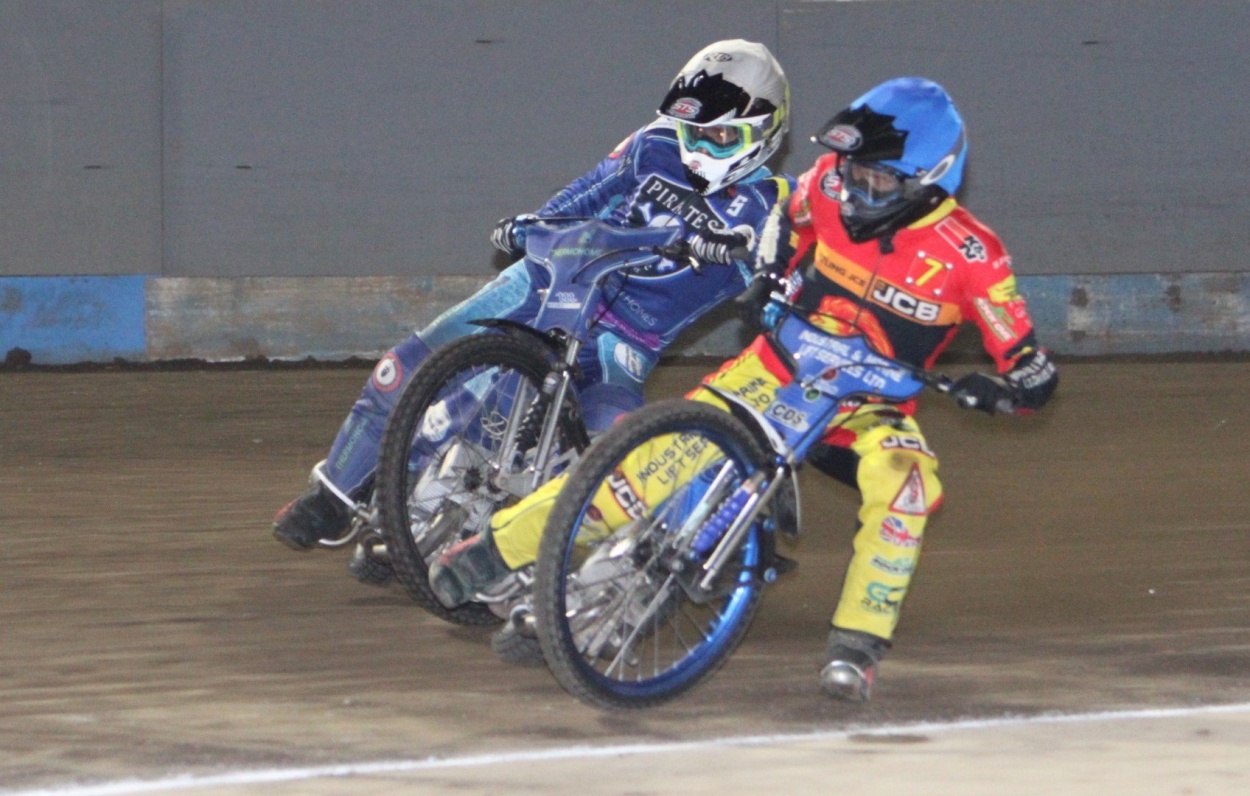 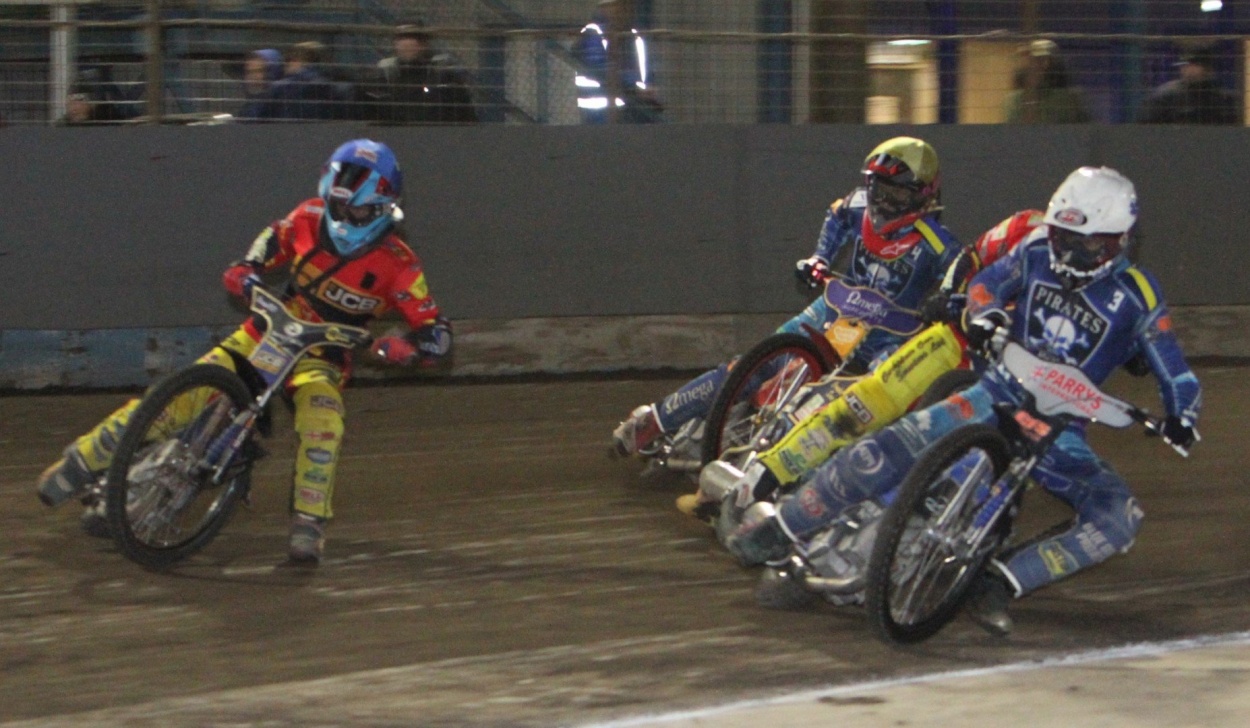 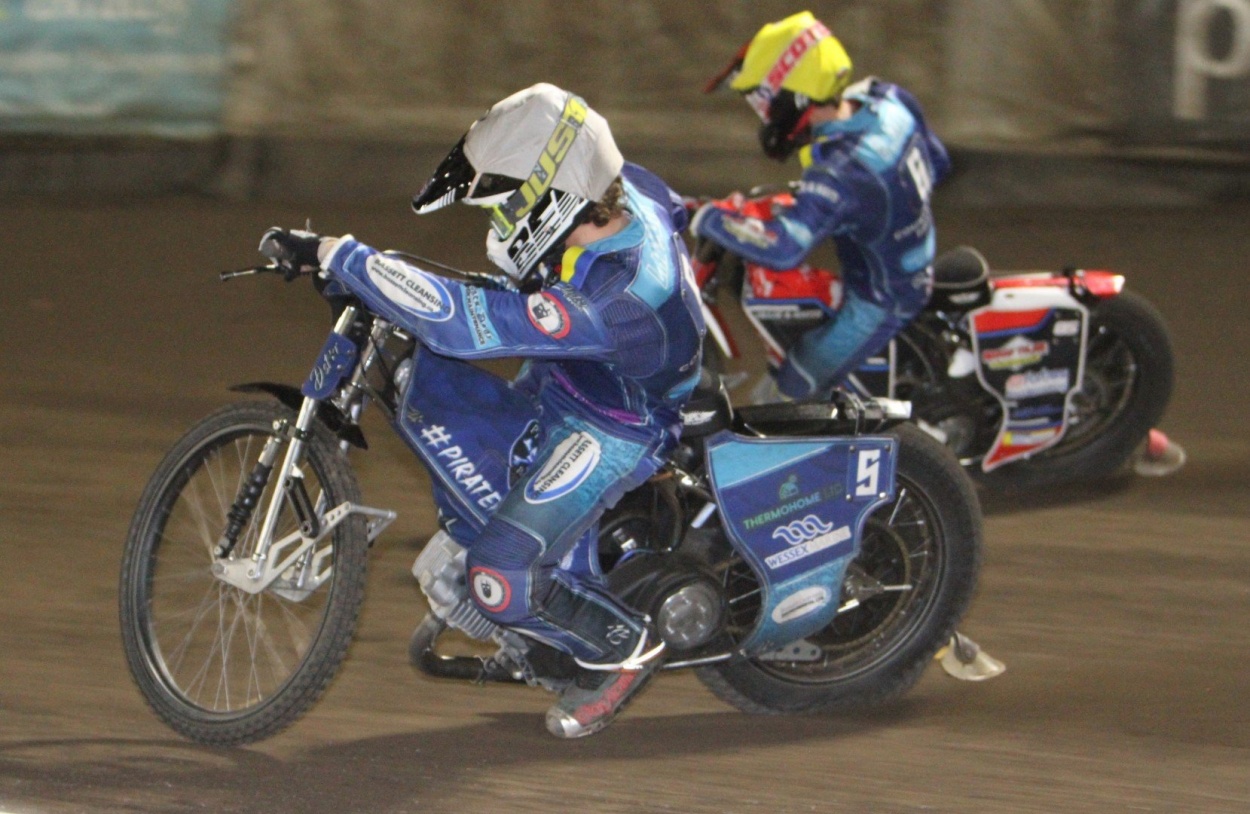 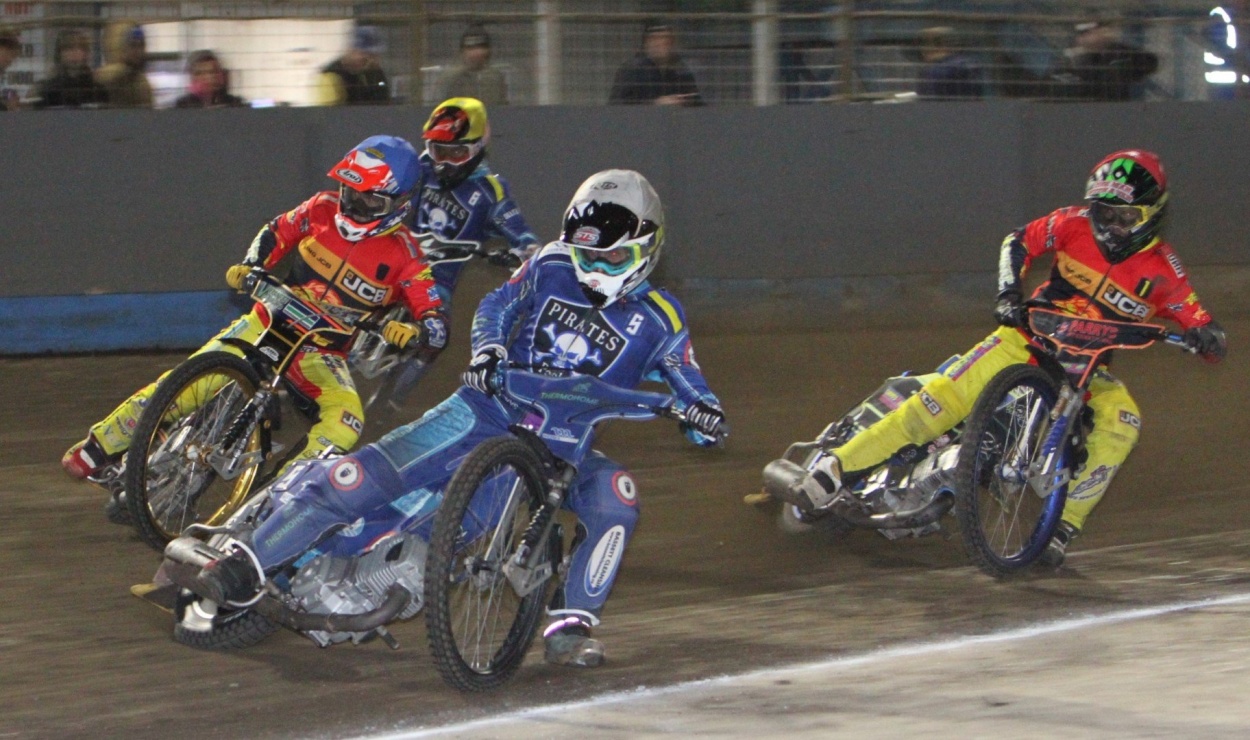 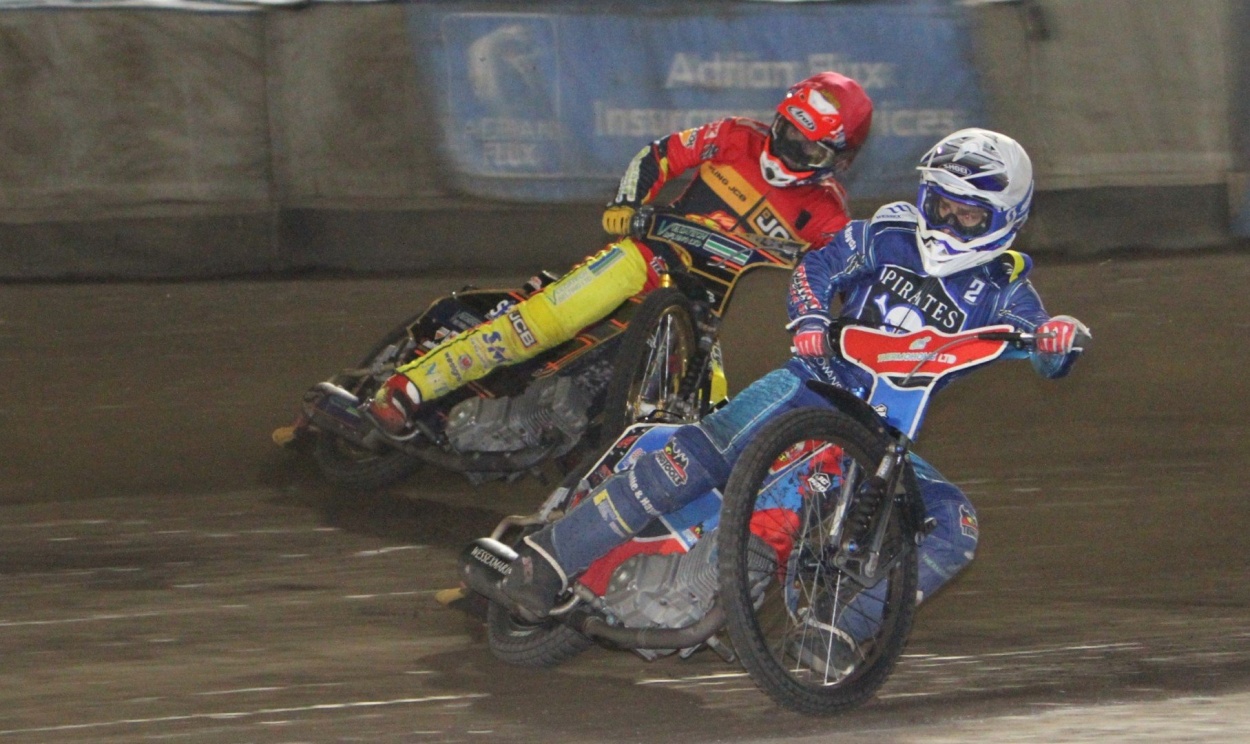 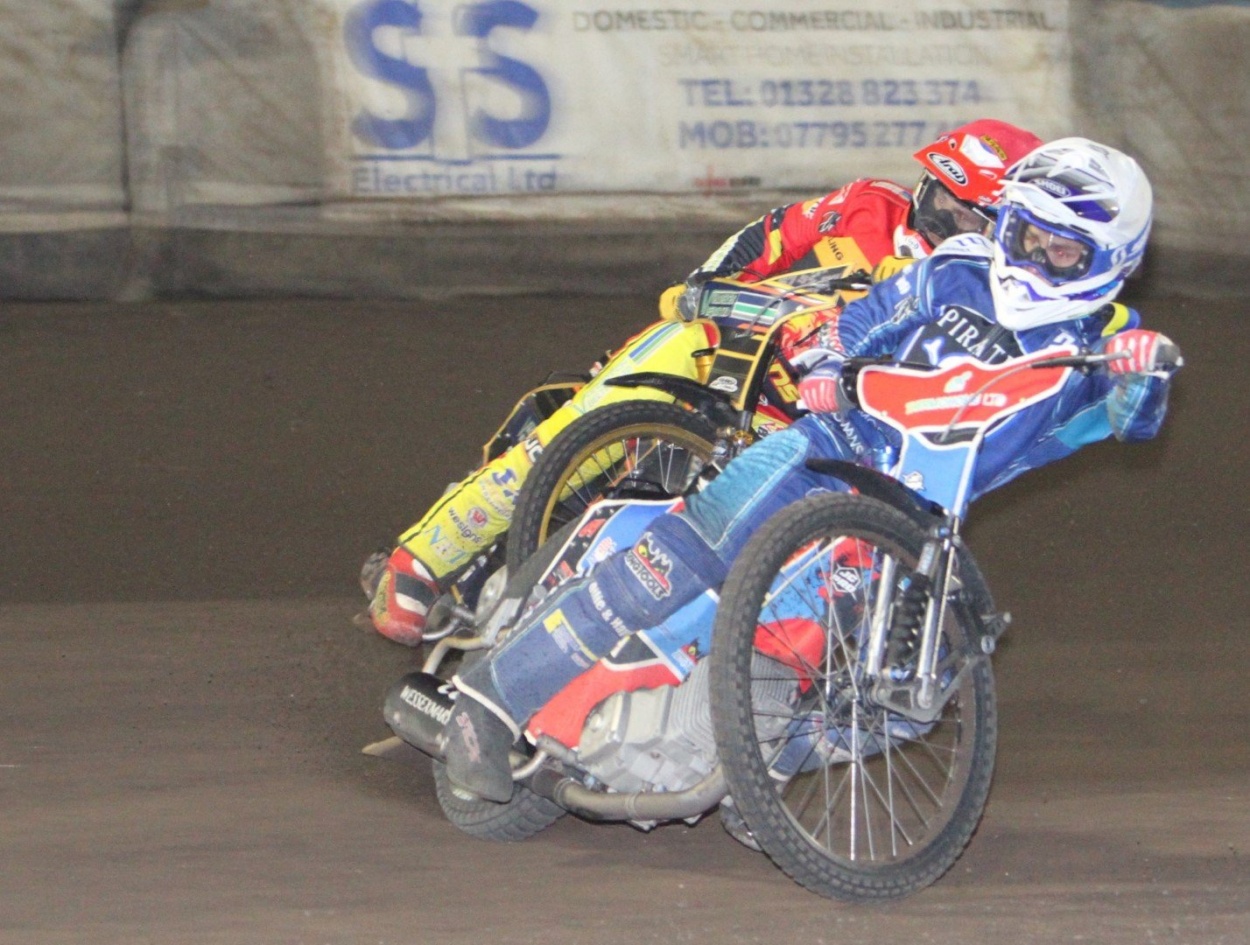 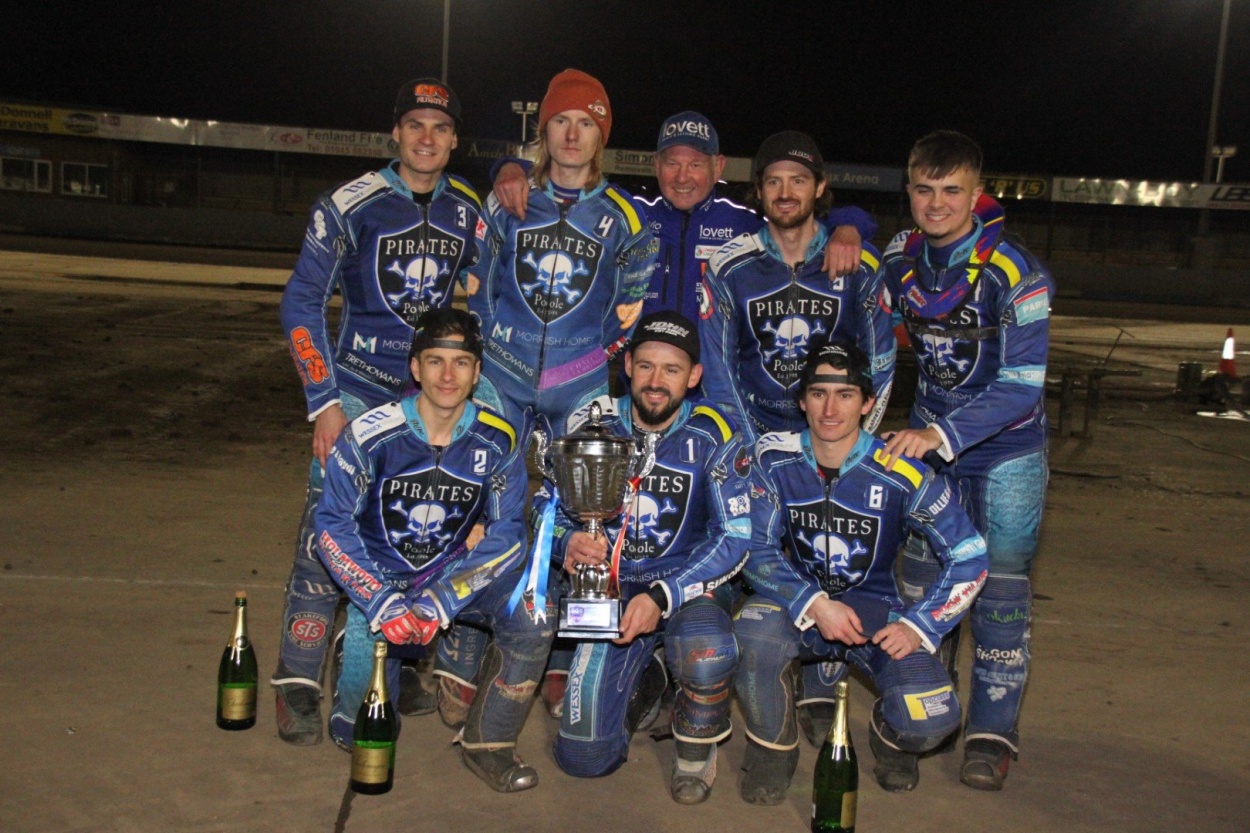 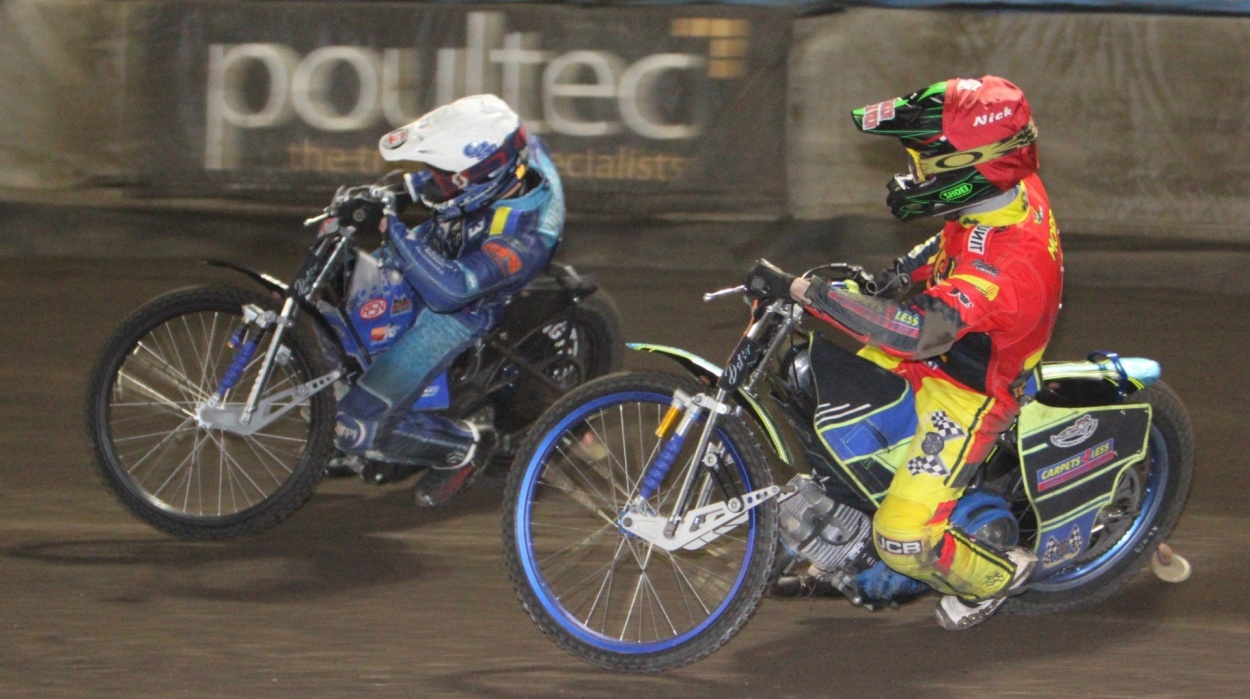 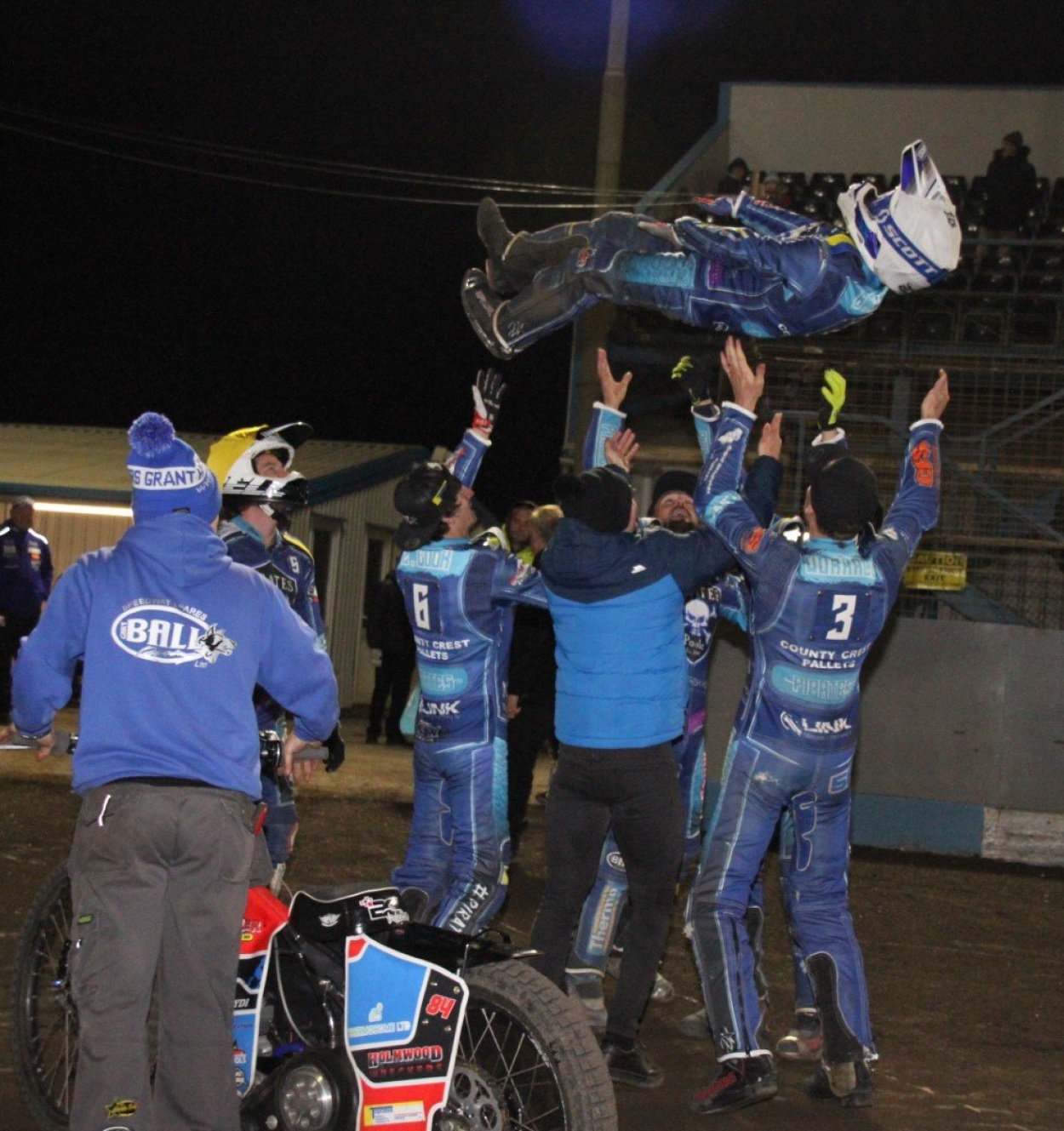 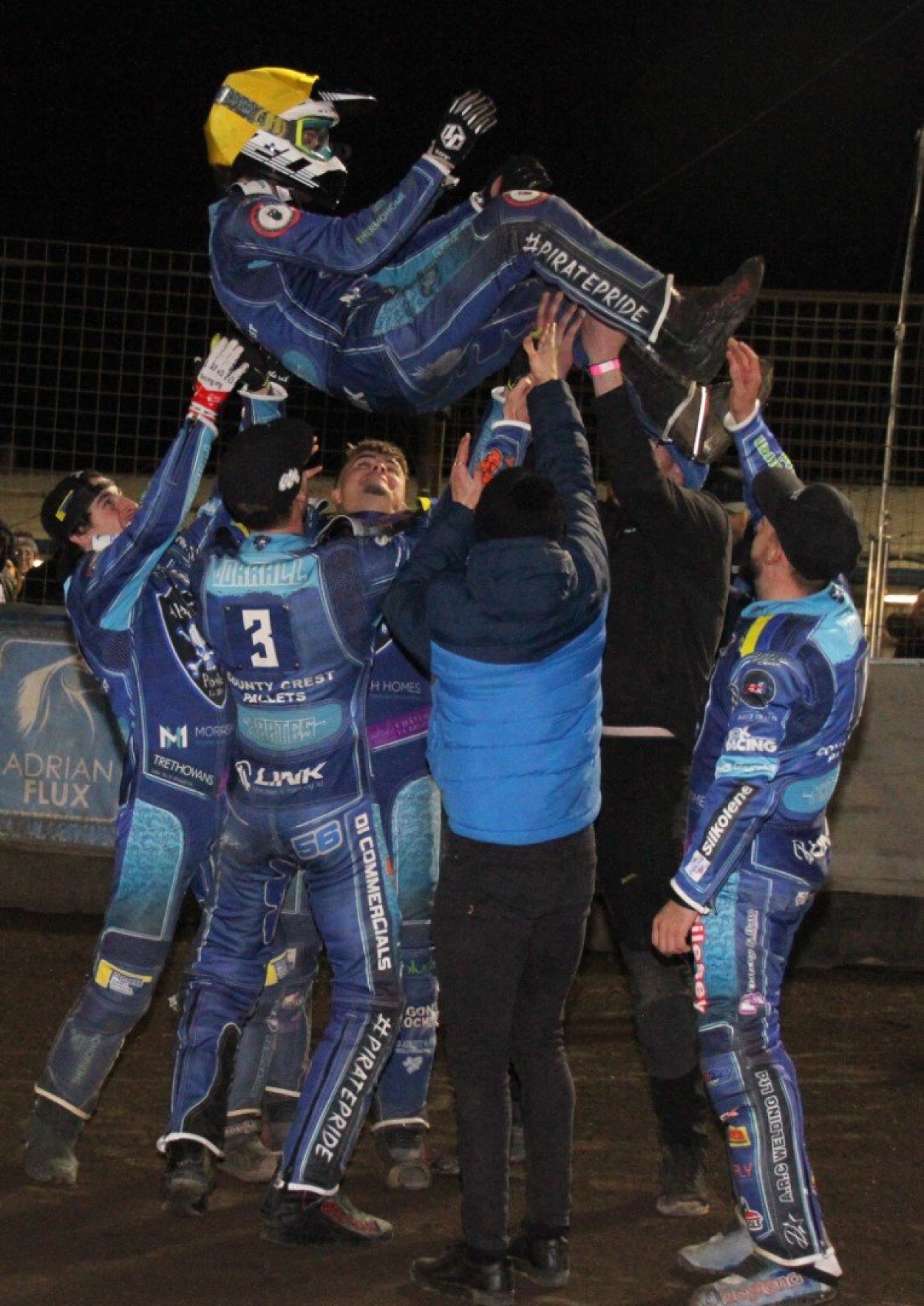 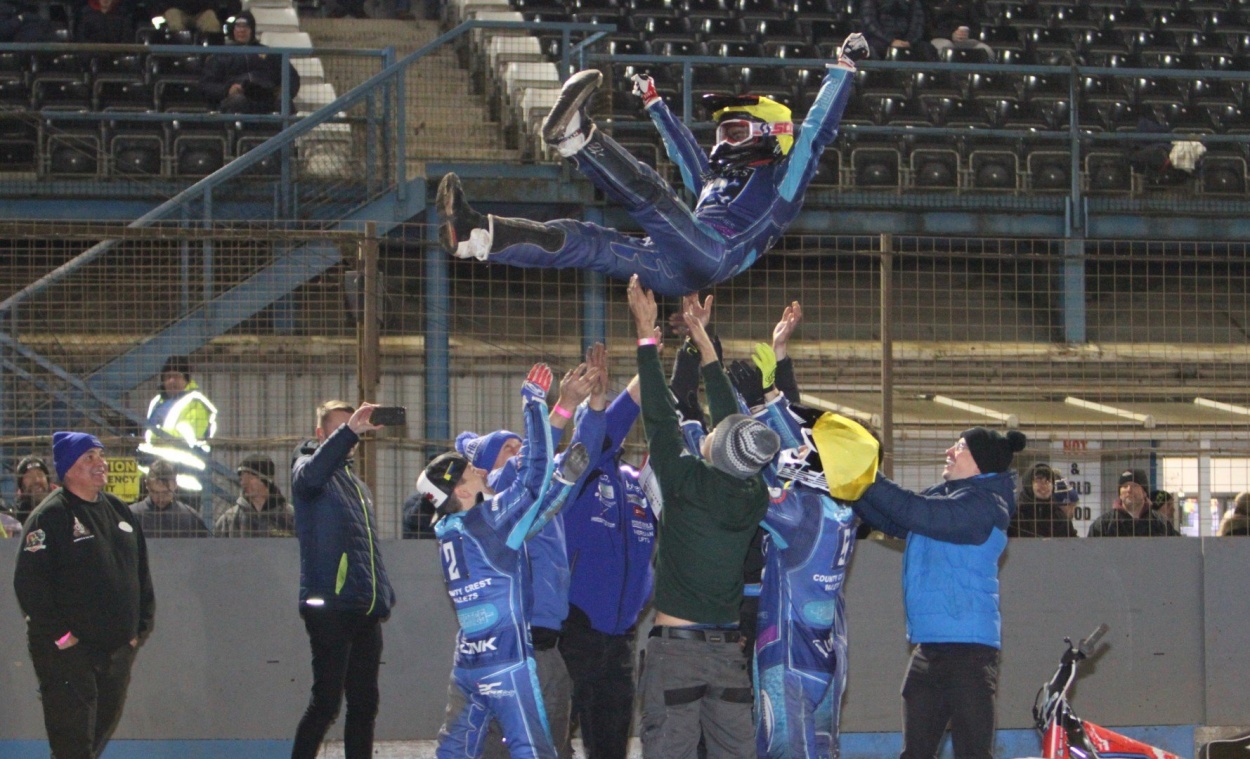 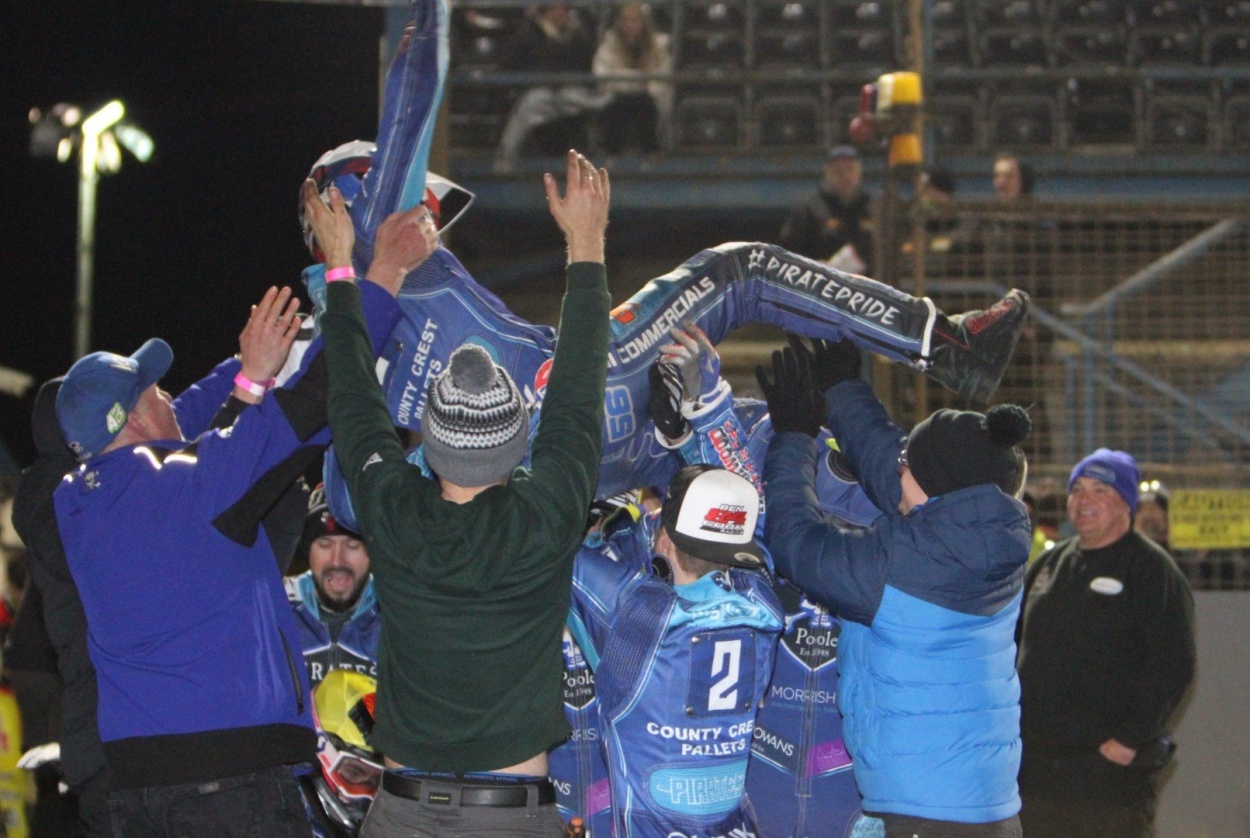 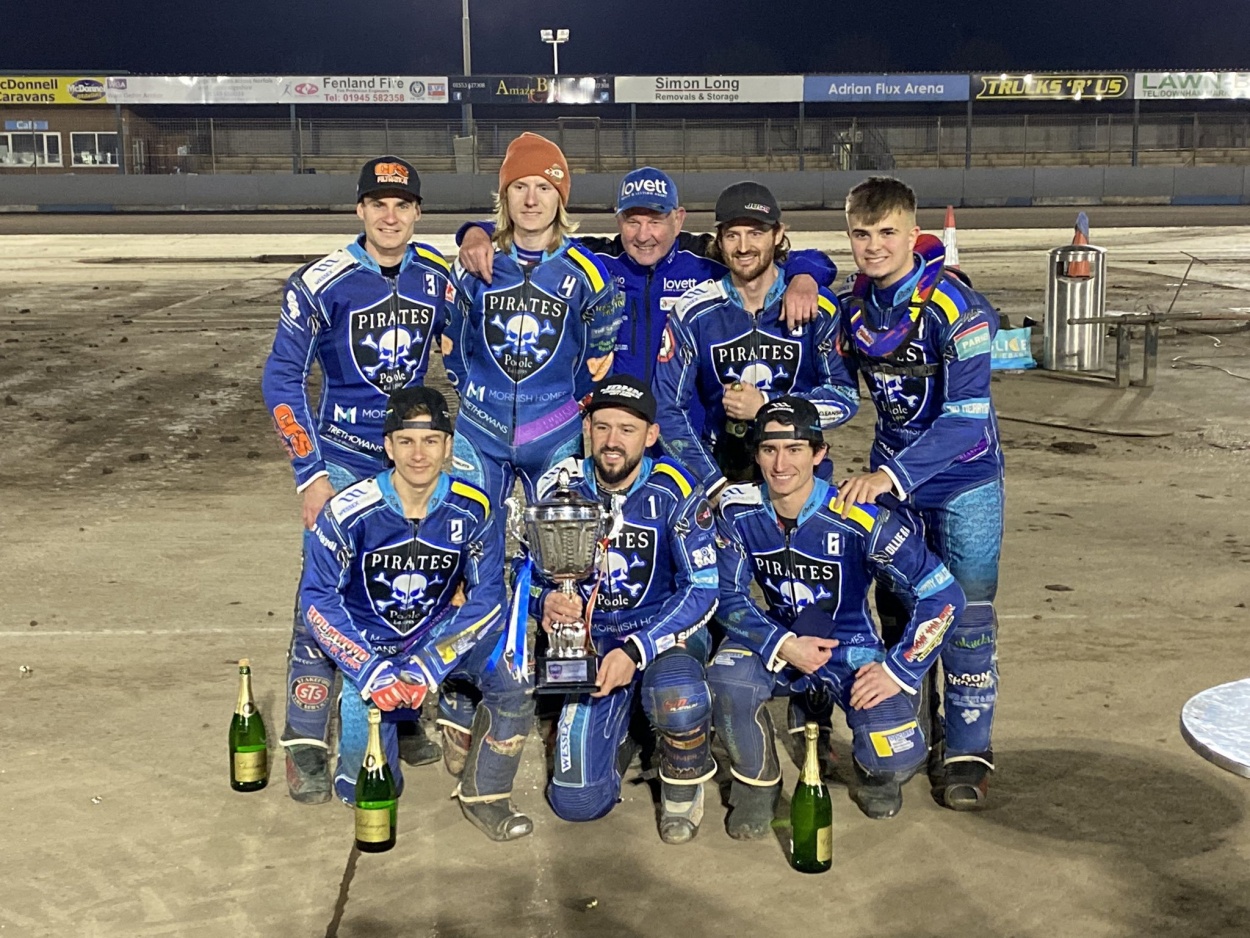 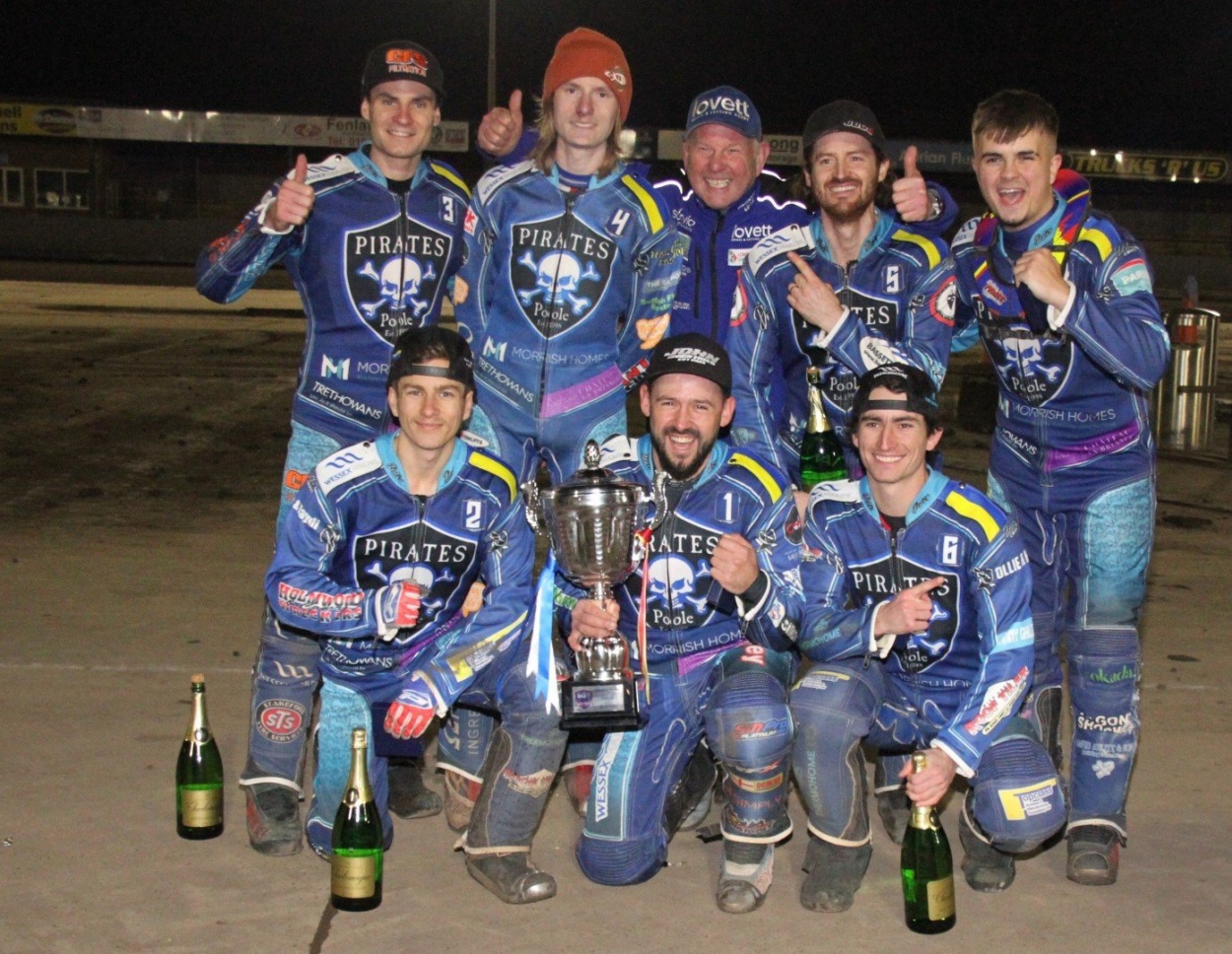 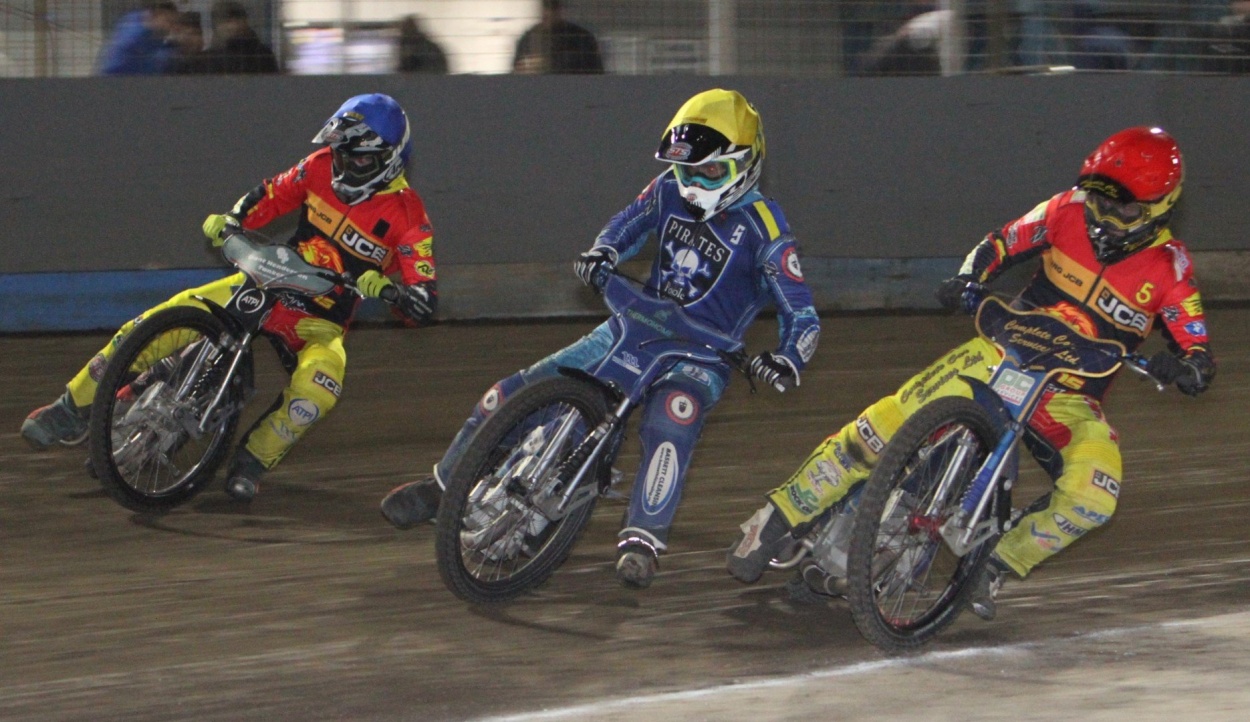 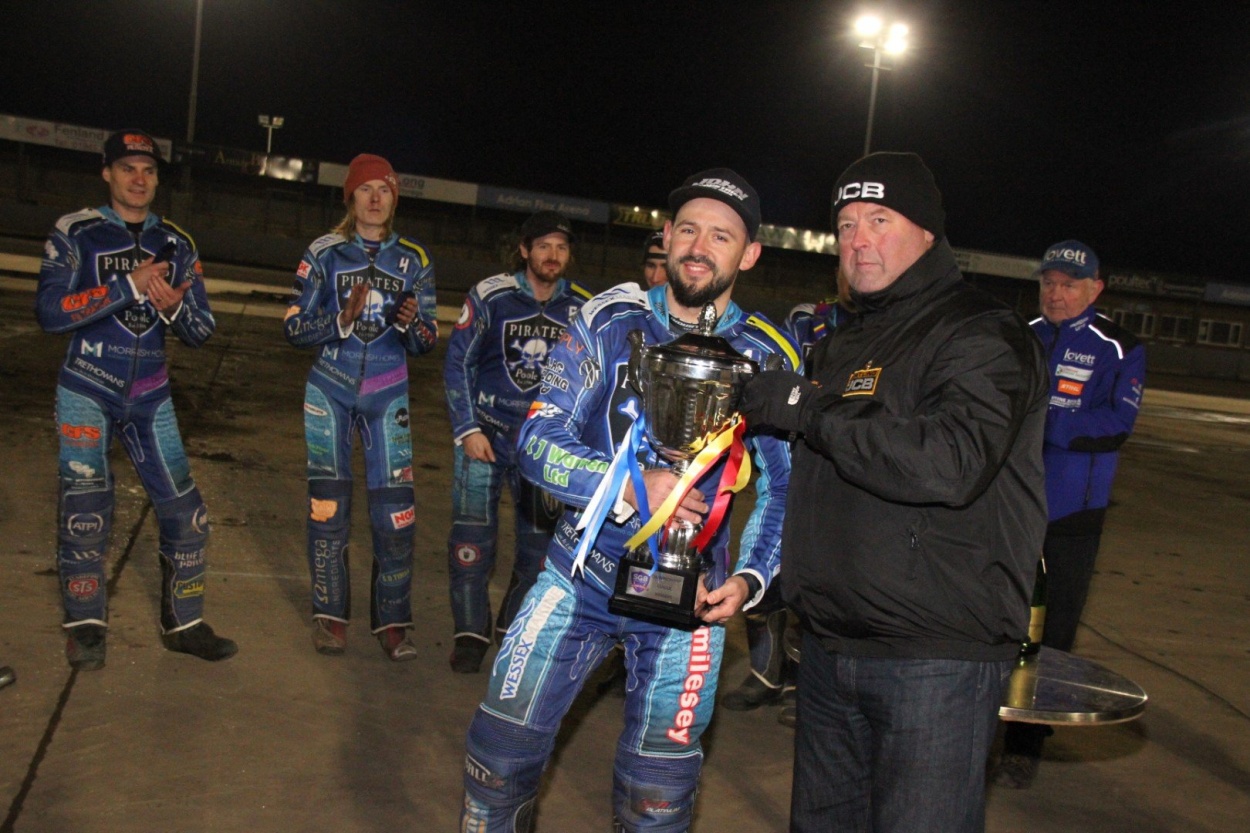 The pumped-up Pirates retained the SGB Championship title as they completed the Grand Final double over the table-topping Leicester Lions.

The fourth attempt of reaching a conclusion to the tie had to be moved to a neutral venue, with Buster Chapman offering up the Adrian Flux Arena at King's Lynn, having witnessed first hand the problems the Lions were having with their heavily waterlogged circuit.

The Lions began the stronger of the two teams, eating in to Poole's first leg advantage to bring the tie scores to within two points after three heats, once the first heat eventually reached a conclusion. First Ben Cook was squeezed out at the entry of the first turn, then it was Nick Morris' turn to take a tumble as Danny King was heading across from the outside. On the third start it was  Morris and Connor Mountain who prevailed and already half of the Pirates first leg advantage had been clawed back. Zach Cook spent all of heat two trying to hunt leader Max Clegg down whilst Nathan Ablitt was working hard to try and find a route by Joe Thompson as the Lions recorded another heat advantage and again halved the deficit.  The Worrall boys were shoulder to shoulder round the first turn of heat three, but it was Richie, a King's Lynn regular this term, who pulled away. Behind them, Drew Kemp lifted badly off the final turn and nearly lost the third place he had held throughout, but at least the Pirates had shared the heat. Poole's Lynn specialist, Richard Lawson, was outgated by Clegg in heat four but the Rocketman found the turbo-charge and blasted around the Lions' reserve to set up another shared heat.

Danny King showed a good turn of speed on the opening lap of heat five but the star ride was that of Ben Cook who picked off both R.Worrall and Dan Thompson in one sweet move on the final circuit. Undoubtedly, the Pirates first heat advantage served to settle some nerves, they were still behind on the night but had six points in the bank. The Lions pair of Morris and Mountain were more than content to allow Lawson to take-off into the distance, their focus was on keeping Zach Cook pegged out of a scoring position. Maybe tensions were beginning to mount, but in heat seven Steve Worrall went fractionally early and earned a warning for causing the race to be recalled. He was much calmer second time around and won the race to the first turn and although Kyle Howarth set about him Worrall was just where he wanted to be. Kemp closed in on D Thompson but lost out with last turn error and so another heat consumed and Poole still held a six point aggregate advantage, despite trailing 20-22 on the night.

The almost predictable introduction of Zach Cook to partner his brother in heat eight once again proved to be the right call, as Zach  on one wheel passed Mountain and no sooner was he by then Ben Cook sneaked through to set up a 5-1 that completely turned the meeting. Poole were now ahead on the night and the Lions' were not even halfway to their target of fifty points, with more than half the races concluded. Z. Cook was again superb in heat nine, totally unaware that behind him the two King's Lynn home riders were battling nip and tuck with each other, Richard Lawson making the most telling pass and posting another 5-1 to the Pirates account. Steve Worrall was resolute under pressure from Morris in heat ten, the shared result sufficient to inch Poole to within 9 points of the title.

The Pirates turned a 2-4 into a 4-2 with King running outside of Howarth and keeping his nerve then Ben Cook passing Thompson on final lap of heat eleven, so when Steve Worrall went round both Lions, one of whom was his brother, it set up the win that would secure the 'double double', Zach Cook's move into third place a well-deserved bonus and a sign that the Pirates were prepared to battle for everything. Lawson and King showed similar determination as they piled on the agony to the defeated Lions with a 5-1, although to the credit of the Thompson boys in heat fourteen they contributed wholly to, arguably, the race of the night as they beat up Drew Kemp who had been in the thick of the action throughout the heat.

The final race of the Pirates' second season back in the Championship was fittingly won by Richard Lawson, with Ben Cook in tow, two of the key performers over the last six weeks of the campaign. Lawson was able, not only to celebrate a personal paid maximum on the night, but unlike two-times Championship winner Cook, it was a first ever league title for the Rocketman.