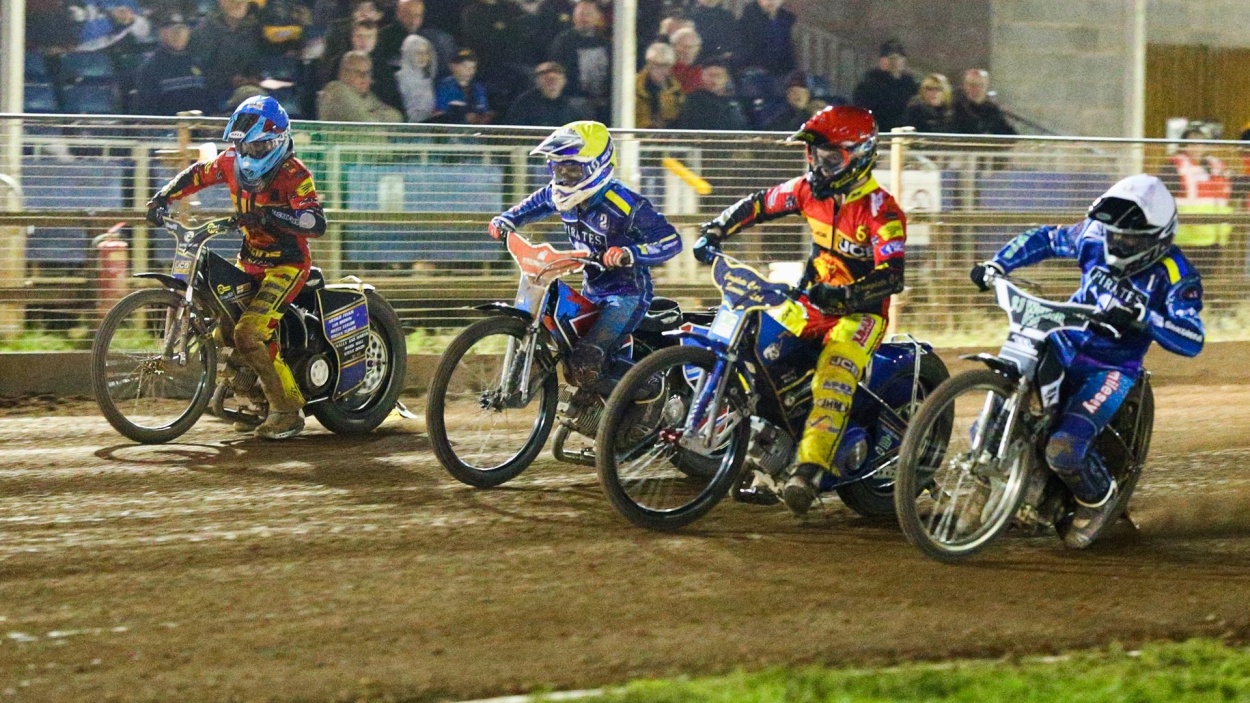 Unfortunately due to heavy overnight rain tonight’s Grand Final 2nd Leg at Leicester has been postponed. The meeting has been re-scheduled for 5pm TOMORROW! (30th)

They will visit Beaumont Park, Leicester on Saturday nursing an eight point advantage having overcome a ten point deficit at one stage during their home leg and reserve Zach Cook, who along with his brother provided the springboard for the Wednesday's recovery when they joined forces in heat eight to produce a 5-1, is looking forward to seeing the job through for the Pirates as he prepares to ride in his second successive Grand Final for the Pirates, having been on guest duties last year.

"So long as we have blue skies it should be good. It probably would have been nicer to have a few more points on the board but it's an eight point lead and we should be able to stop them eating in to that."

His fellow reserve, Nathan Ablitt is also relishing the chance to pick up a Championship League winners medal admitting "Being in this final is a big occasion for me. It's my first real big chance and I haven't experienced anything like this before. It is all new experiences for me."

The Pirates will need all riders to be picking up points if they are to stop the Lions from signing off their Championship reign with a league title, having already confirmed their intentions to move up to the Premiership in 2023.

Whilst the situation looked perilous for the Pirates at one stage they dug deep as a unit and will need that same spirit on Saturday as they target, primarily, a 42-point total that would secure a 27th trophy for team manager Neil Middleditch and  the club's tenth league title under Matt Ford's tenure.